How will the United States respond to Super Typhoon Yutu? 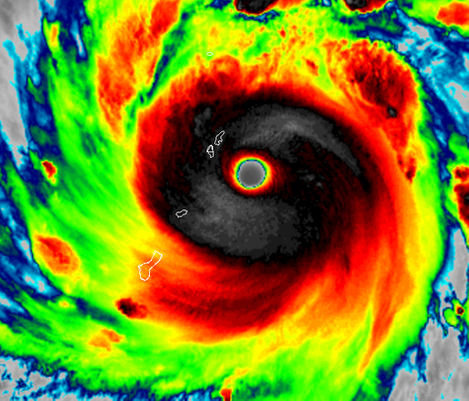 CONNECTICUT (F13) Yesterday we saw a typhoon of unprecedented strength for the area pass through the Northern Mariana Islands, the strongest one to impact the islands in at least 100 years. We have seen some good news as the northern part of Saipan still has power and is already responding, but we have not seen such things from Tinian, which saw a direct hit from the eye of a storm that we at Force Thirteen estimate to have been at 185mph at the time of landfall. This would tie Yutu with the Labor Day Hurricane of 1935 to be the strongest land-falling storm on American land in recorded history.

Although Yutu is still churning in the Philippine Sea as a powerful typhoon at the moment, its threat to these few islands have come to an end. While the true scope of the damage is not yet clear, we can only expect that there has been severe damage. The real question that has to be asked now is how will the nation that controls these islands, the United States, respond?

The delegate to congress from the Northern Mariana Islands has already said that the territory will need significant aid to recover from the storm, noting that there are injuries and people being treated at hospitals, but not being able to comment on the level of damage and potential casualties due to the lack of information at the time. The delegate, Gregorio Kilili Camacho Sablan said, “There’s a lot of damage and destruction. It’s like a small war just passed through.” A meteorologist from the National Weather Service echoed this statement saying that Tinian and Saipan will be unrecognizable compared to what they were like before the storm.

Fortunately we have heard that Congress has already reached back to the delegate from the islands offering help. But we can only wonder how much will actually be provided. As we have seen in recent years, there seems to be a massive gap to how the federal government responds to natural disasters; giving extensive aid to the mainland while almost ignoring territories in comparison. This was palpable in the case of Hurricane Maria, which devastated the American territory of Puerto Rico last year, but was given relatively little help by the federal government of America, which may have resulted in significantly rising the death toll in the territory of over three million people to almost three thousand deaths.

Right now one thing is clear. The Northern Mariana Islands have been impacted by a super typhoon of unprecedented intensity for the region. Although reports that give us knowledge of the true damage taken by the storm are slim, we know nothing good is going to come out from the area in terms of damage. But how will America react to giving aid to land that belongs to it, yet is less populated and is only a territory? Only time will tell.