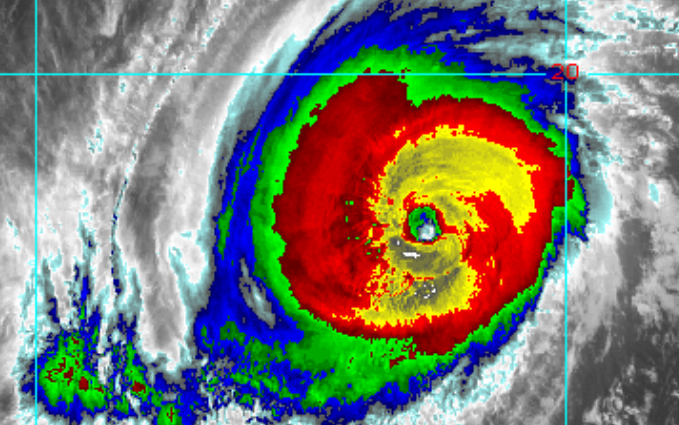 CONNECTICUT (F13) The Philippines are watching closely as another potentially devastating typhoon approaches their nation. Super Typhoon Yutu continues to move westward and has intensified this morning back to 155mph, and will still be a very powerful typhoon as it nears the archipelago nation.

Luzon in particular is keeping a very close on eye on the storm because it may impact the northern part of the province where Super Typhoon Mangkhut roared ashore last month as a category five storm with winds of 175mph at the time of landfall as a stage 10 on the Cyclone Potential Damage Scale, the highest level on it.

Computer models and official weather agencies have continued to shift their forecast tracks for Yutu further south in recent days, and many take the storm directly over the province of Luzon now. Many GFS ensemble members and the ECMWF parent model take Yutu straight over the region. Meteorological agencies have also been changing their forecasts, with the Japanese Meteorological Agency and the Philippine Atmospheric and Astronomical Services Administration forecasting the powerful storm to move across the area.

It is important to keep in mind that these forecasts are not final and subject to change, and that some computer models also take the typhoon away from any landmass, but for the time being it seems like that scenario is becoming less and less likely. It is imperative that people in regions that may be impacted by Super Typhoon Yutu keep a close eye on the location and forecasts of the storm. For now, we can only watch and see what happens.

Authors Note: To anyone reading this article that lives in the Philippines or Taiwan, please listen to local officials for any information. This is a potentially deadly situation, and it is key that you follow orders given by officials for your safety.

2018-10-26
Previous Post: How will the United States respond to Super Typhoon Yutu?
Next Post: Typhoon Yutu bears down on Luzon