A Recap of the 2018-19 Southern Hemisphere Cyclone Season

By: Hank Dolce
In: Australia, Indian Ocean, Oceania
With: 1 Comment 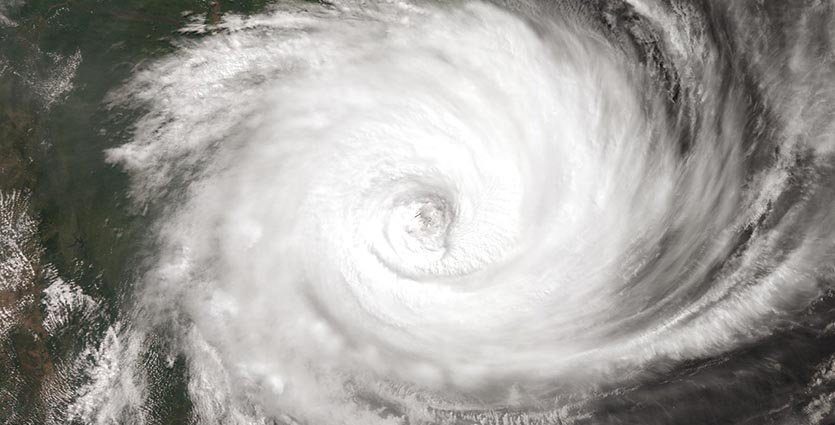 The 2018-19 Southern Hemisphere Tropical Cyclone season is just about over now, as Tropical Cyclone Ann has dissipated around the Cape York Peninsula. The season as a whole was both very active and very destructive. In total, 27 tropical storms formed, 17 of which became cyclones, and 10 became major cyclones. The number of named storms during the 2018-19 SHEM season was not extraordinarily high (it was actually quite close to normal), but the number of major cyclones and ACE was definitely higher than normal, especially within the Indian Ocean, where almost all of the season’s major cyclones formed. The number of major cyclones in the SHEM was the highest since the 2002-03 season, and the total ACE count was 258 units, the highest since the 2004-05 season. In addition, a combined 1100 people or more were killed and $3.6 billion USD in damage was generated as a result of the season’s cyclones. The vast majority of the deaths and most of the damage came from Cyclone Idai in March (pictured above).

The Southwest Indian Ocean had its costliest season and deadliest season ever reliably recorded in the modern period, as well as one of the most active ever seen. A total of 15 namable storms existed within the basin with 11 cyclones and 10 major cyclones. All of these numbers were all-time records since reliable records began. In addition, the number of Intense Tropical Cyclones, based on the scaling from Meteo France, was also at an all-time high, at 10. The season began with an unnamed moderate tropical storm in mid-September and ended with Tropical Cyclone Lorna at the end of April. Cyclone Cilida became the strongest storm of the season as a 135kt category 4 (category 5 by F13 analysis), and briefly threatened the Mascarene Islands in late December. January featured 2 moderate tropical storms, Desmond and Eketsang, in the Mozambique Channel, causing moderate damage. Cyclones Funani and Gelena were twin category 4 cyclones that remained out-to-sea in February. March was the most active season, featuring 4 named storms, all of which were Intense Tropical Cyclones. One of those storms was Cyclone Idai, by far the most destructive storm of the season and the costliest and one of the deadliest ever seen in the basin, causing over $2 billion USD in damages and likely over 1000 fatalities. Idai struck southern Mozambique near Beira as a category 2 in mid-March after meandering in the Mozambique Strait for about a week, where it caused massive destruction. A major humanitarian crisis occurred following the storm in both Mozambique and Zimbabwe, which were devastated by flooding and mudslides from Idai’s extreme rains. A severe cholera outbreak also ensued in the weeks following the disaster, which likely increased the death toll, which is never expected to be known. In all, Idai was one of the most destructive storms to have ever struck both Africa and the Southern Hemisphere. In April, Cyclone Kenneth struck northern Mozambique as a category 4 storm. While not as severe as Idai, Kenneth still brought severe impacts to northern Mozambique and Comoros.

The Australian Region was also quite active during the season, but not to the extent of the Southwest Indian Ocean. 12 tropical storms were present within the basin, 6 of which were cyclones, and 3 of which were major cyclones. December featured Cyclones Owen and Penny, both striking the Cape York Peninsula, with Owen striking it as a category 1-equivalent storm. The basin was pretty quiet during January and February, with only 2 named storms present within the basin. Like the SWIO, March was the most active month, when all 3 of the basin’s major cyclones formed, or category 4s on the Australian Scale. Cyclone Trevor struck Australia as a category 3 on the SSHWS scale twice, but damage was relatively minor. Cyclone Veronica was the strongest and most significant storm of the season, which, at one point, threatened to strike Western Australia as a category 5 cyclone on their scale. Veronica was notable for its extremely quick intensification, and at one point, it was reported to have strengthened 50kts in only 6 hours. After the storm weakened, and re-intensified, Veronica slowed down and rapidly disintegrated on approach to landfall, which it briefly made around Karratha before turning sharply west and fizzling completely. Veronica caused significant flooding around Port Hedland, which had its port shut down throughout the duration of the storm. In all, Veronica caused $1.6 billion USD in damages, but no fatalities were reported. Cyclone Lili formed in early May near East Timor, causing moderate damage.

The South Pacific actually featured below-average activity throughout the season, producing only 5 namable storms and 2 cyclones, neither of which hit major cyclone status. The turn of the year featured Cyclone Mona, which only brought heavy rains and minimal impacts to Fiji. Cyclone Oma was the most impactful storm of the season, which was a minimal, but long-lasting, cyclone. Oma meandered around Vanuatu and New Caledonia in February, causing moderate damage and no fatalities. Cyclone Pola, the strongest storm of the season, peaked as a category 2 on the SSHWS and a category 4 on the Australian scale in late February, but did not significantly impact any islands. March and April featured no activity, a very unusual event, with only minor levels of activity happening in May.

In addition to the abundance of activity in the main Southern Hemisphere Basins, a rare tropical cyclone formed in the South Atlantic Ocean, named Iba, during late March. Iba was unusual for a South Atlantic storm in that it was fully tropical, as most storms that form in that region are subtropical, and lasted for over 3 days. The activity within the Southern Hemisphere is winding down, as the prime focus for tropical cyclogenesis now begins to shift towards the Northern Hemisphere, but another weak tropical cyclone or two may try to develop before the season officially ends at the end of June.