East Pacific Disturbance Could Become First Cyclone of the Year 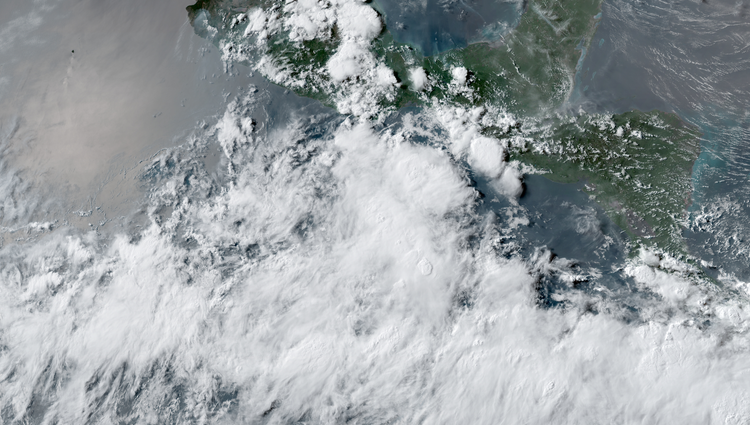 A tropical disturbance, labeled Invest 93E by the United States Navy, and currently located over the eastern North Pacific Ocean, is being monitored by the National Hurricane Center (NHC) for tropical cyclone development. As of 00:00 UTC June 24, Invest 93E was located in the Northeast Pacific basin at 11.8°N and 98.2°W. Maximum sustained winds were 20 kt (25 mph), and the minimum barometric pressure was 1009 millibars. The system, a tropical wave, has a medium chance (50 percent) of developing into a tropical cyclone during the next 48 hours, and a high chance (70 percent) of developing into a tropical cyclone during the next five days, as of the NHC’s most recent Tropical Weather Outlook from 5:00 PDT (00:00 UTC). Gradual development of this system is likely as it moves west-northwestward, out to sea, as is typical of many tropical cyclones that form in the Northeast Pacific Ocean. If this system becomes a tropical storm, it will receive the name Alvin, which is first on the predetermined list of names to be used this year in this basin.

Weather Models are in good agreement that Invest 93E will remain over the open waters of the Eastern North Pacific Ocean and not directly affect land. However, the system could still enhance surf along the Pacific coast of Mexico. The intensity forecast of this system is more complicated. The GFS ensembles develop a tropical storm with maximum winds up to 60 mph (95 km/h), while the ECMWF ensembles display a much weaker system. Conversely, the SHIPS guidance develops the system into a Category 1 hurricane. The disturbance is currently situated over warm waters of around 28°C (82.4°C). However, much cooler waters which are unfavorable for intensification are present beginning at around 20°N. The system should be able to intensify over the next few days as it remains over warm waters, but other factors including wind shear and ocean heat content could also affect the system’s future intensity.

A Dearth of Cyclones

2019-06-24
Previous Post: Cyclone Vayu Continues its March North
Next Post: Tropical Storm Alvin Forms in the Eastern Pacific; Not a Threat to Land