Tropical Storm Alvin Forms in the Eastern Pacific; Not a Threat to Land 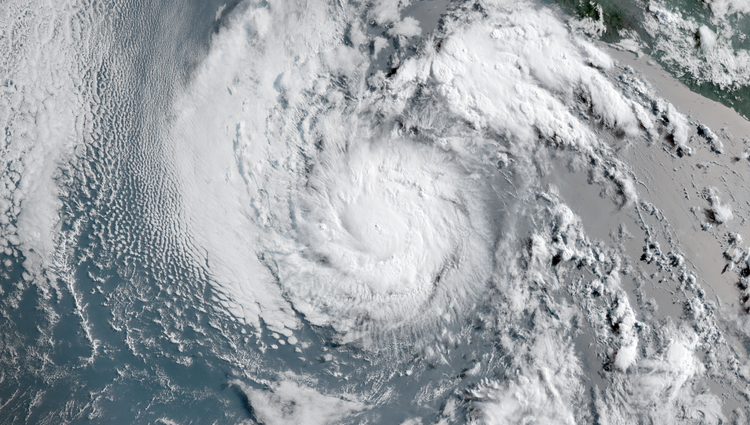 At 11:00 EDT (15:00 UTC), the National Hurricane Center (NHC) upgraded Tropical Depression One-E, which formed yesterday, to Tropical Storm Alvin. The name was first on the predetermined list of names for the 2019 Eastern Pacific hurricane season. As of the National Hurricane Center’s most recent advisory, the center of Tropical Storm Alvin was located at 14.7°N, 109.4°W, about 450 mi (725 km) southwest of Manzanillo, Mexico, or about 565 mi (915 km) south of the southern tip of the Baja California Peninsula. Alvin had maximum sustained winds of 40 mph (65 km/h), gusting to 50 mph (85 km/h), and the minimum central pressure was 1005 mb (29.68 inches). The cyclone was moving westward at 14 mph (22 km/h), and a westward to west-northwestward motion with some decrease in speed is forecast over the next few days. The NHC anticipates some slight strengthening over the next day or so. By Friday, Alvin is expected to begin weakening as it moves over cooler waters and encounters a dry and high-shear environment, and it is expected to become a remnant low on Saturday. Alvin is a small tropical cyclone, with tropical-storm force winds extending 35 miles (55 km) from its center. There are no tropical cyclone watches or warnings in effect at this time, and Alvin is not expected to affect land as it moves westward into the open waters of the Eastern Pacific.

Most computer models are in agreement that Alvin will take a climatological track for the time of year, moving generally westward to west-northwestward out to sea. There is a little more spread in the intensity guidance, with some, such as the European ensembles, showing very little intensification, and others showing more intensification. Alvin has about 24 to 36 hours to strengthen while it remains over warm waters and in a low-shear environment. With an improving structure, it seems likely that at least some intensification will occur. Thus, the official forecast from the NHC calls for some additional intensification. However, there is a dry air mass in rather close proximity to the storm, and if it entrains this dry air into its circulation, intensification could be limited.

A Late Start to the Season

2019-06-26
Previous Post: East Pacific Disturbance Could Become First Cyclone of the Year
Next Post: When Will the Atlantic Start Seeing Activity?