By: Nelson Mayer
In: United States
With: 0 Comments 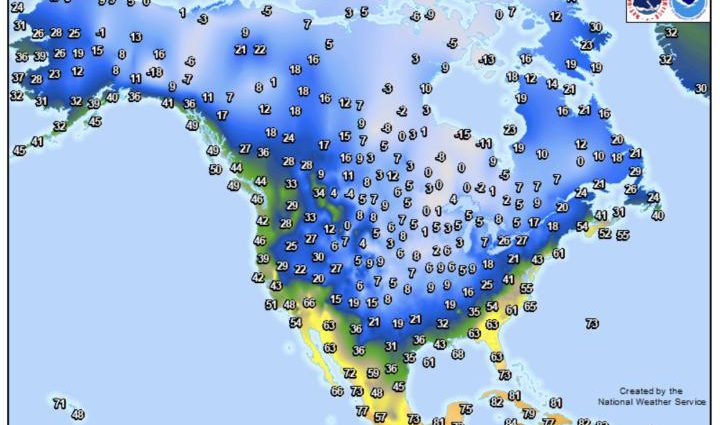 Though some people in the Northern United States are used to cold weather, a massive early-season Arctic air blast has- and is still impacting- most of the eastern US.

Some locations recorded temperatures up to 30 degrees below normal, with wind chills in many places across the US reaching below zero Farenheit.

In Indianapolis, temperatures plunged into the single digits, while citizens of Birmingham, Alabama woke up to a temperature of 18 degrees. Even further south, in Texas, snow and sleet were recorded.

Thankfully, temperatures will rise by the end of the week in most places.

Here are some of the temperatures recorded this Tuesday:

Along with Arctic air, some areas in the Midwest have seen plentiful and record-breaking snow already this season. Parts of the upper Great Lakes have already recieved lake-effect snow and many minor disturbances. Indianapolis broke records for snow on Monday, November 11th, and  Green Bay, Wisconsin has seen its snowiest start to the season in over one hundred years.