By: Ryan Matta
In: Pacific Ocean
With: 0 Comments 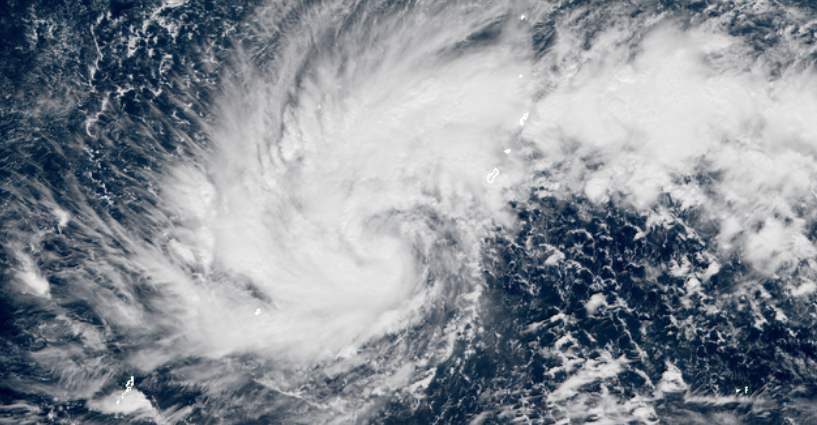 Nearly nine hours ago, Tropical Storm Kammuri made it’s closest approach to Guam, passing 140 miles south of the island. The islands of Guam, Rota, and Tinian all received Tropical Storm force winds and a couple inches of rain. No damage or casualties have been reported.

So now we ask, what’s next for Kammuri?

There is high confidence in Kammuri’s track through the rest of the week. The JTWC, JMA, and many forecast models, including the European model and the GFS are in agreement that Kammuri will slowly curve to the North before taking a sharp left turn back towards Asia. The intensity forecast is also in quite the agreement, with the JTWC showing an intensity of 115 knots (130 mph) in five days, and the JMA predicting a pressure of 925 millibars by the end of it’s forecast. The European model and the GFS model have Kammuri peaking with pressures of 932 and 940 millibars respectively.

Philippines to be on high alert

In fact, there is still a high level of confidence in the forecast for Kammuri’s track and intensity even further than seven days ahead. While the JTWC and JMA forecasts don’t go beyond the five and seven day marks (as forecasts beyond these ranges are considered “unreliable”), the ECMWF, GFS, and UKMET models all generally trend towards the Philippines, including the runs from these models on Tropical Tidbits.

Force Thirteen will continue releasing articles on Kammuri, and most likely, video updates on our channel here.