By: Ryan Matta
In: Typhoon
With: 0 Comments 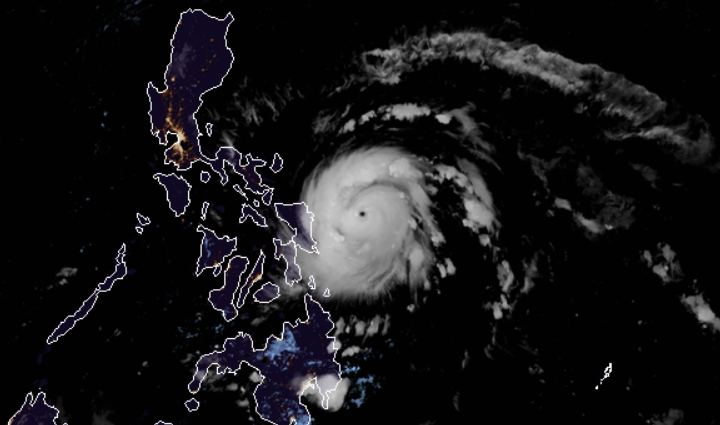 Typhoon Vongfong (named Ambo by PAGASA) has rapidly intensified over the past day. At this time yesterday, Vongfong was a minimal tropical storm. Now, Vongfong is a high-end Category 2 equivalent typhoon.

Vongfong is going to continue approaching the Philippines, most likely making a landfall in the province of Catanduanes late Thursday evening or early Friday morning (local time), potentially as a low-end Category 4 equivalent typhoon. Vongfong is then expected to begin turning to the North, and eventually the Northeast, most likely making a Category 2 or 3 strength landfall on the east coast of Luzon on Friday night while doing so. After exiting the north coast of Luzon on Saturday evening, Vongfong is expected to continue moving towards the northeast, passing just east of the Ryukyu Islands of Japan as a tropical storm on Monday. However, the forecast cone from the JTWC extends as far west as Taiwan.

Residents in these aforementioned areas (as well as surrounding areas) of the Philippines should already have begun preparing for typhoon conditions, which include strong winds, flooding, storm surge, and mudslides. A Signal 2 Warning has been issued by PAGASA for Northern Samar, meaning tropical storm force winds are expected within the next 24 hours. A Signal 1 Warning is in effect for the Camarines, Albay, Sorsogon, Catanduanes, and Masbate regions of Luzon, as well as the rest of Samar, and Biliran in the Visayas, meaning that winds between 30-60 km/h (20-37 mph) are expected. Anyone with interests in all aforementioned areas should continue to monitor the progression of Vongfong closely.

More information and updates on the progression of Vongfong will be posted on the Force Thirteen website as well as our YouTube channel, which can be found by clicking here.

2020-05-13
Previous Post: Atlantic Wakes Up- New Area of Interest Designated
Next Post: Disturbance Likely to Become a Tropical or Subtropical Cyclone off the East Coast of Florida