By: Preston Schenk
In: Typhoon
With: 0 Comments 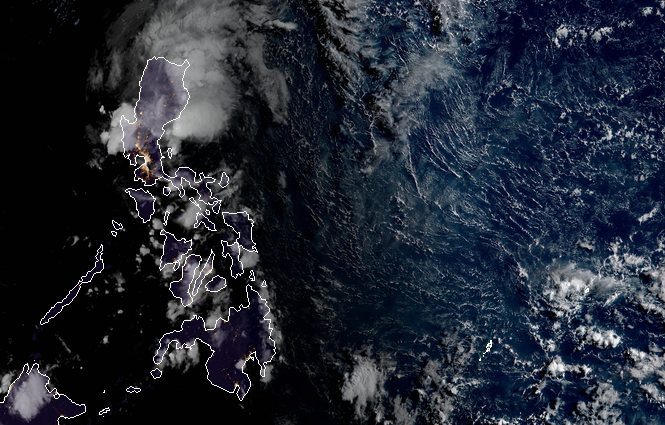 Vongfong continues to push its way through the island of Luzon this morning in the Philippines, although at a much weaker intensity than its landfall in Samar. Currently, the storm is located about 161 kilometers (100 miles) north of Manila or approximately near 16.2 degrees North, and 121.1 degrees East, and has winds of 45mph. The storm is expected to weaken further as it continues to move off the coast of Luzon. The system is also rather disorganized, and has rapidly weakened since the system’s peak. However, the storm may still continue produce heavy rain over the areas that receive showers from the disheveled system. Overall, the threat from Vongfong is thankfully quickly diminishing in the Philippines.

While Vongfong maybe significantly weaker than its peak before landfall, it is still delivering heavy rainfall to much of Luzon. The system in the near future will continue to soak Luzon for a few hours, before skirting to the northeast before rapidly weakening as it enters an unfavorable environment. Thankfully, Vongfong will likely not impact any landmass after leaving Luzon, ending the reign of terror it created in the Philippines. The intensity of the storm will also weaken, before an eventual turn into a post-tropical system on Sunday. The remnants of Vongfong may also produce inclement weather in the Ryukyu islands on Monday night.

Future updates on systems impacting the Philippines and the West Pacific Basin can be found on the Force Thirteen Youtube channel, as well as our various social mediums on Twitter and Facebook.

2020-05-15
Previous Post: Disturbance Likely to Become a Tropical or Subtropical Cyclone off the East Coast of Florida
Next Post: Tropical Depression 91B forms in the Bay of Bengal, could become an Extremely Severe Cyclonic Storm