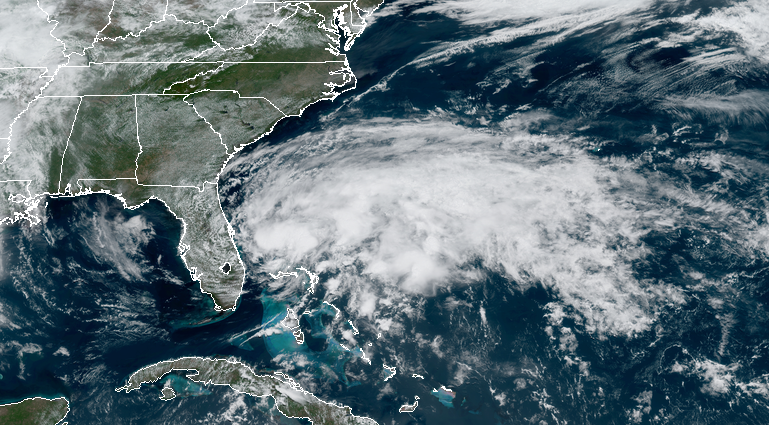 For the sixth year in a row, it appears likely that the Atlantic hurricane season will get off to an early start as invest 90L has a high chance of forming in the next 48 hours. As of 1PM eastern, the storm was located 27.6 degrees North, and 79.9 degrees West, and is expected to become stronger and more organized as it moves North-Northeastward over the next few days, eventually being designated a tropical storm or a subtropical storm. The long-term future of 90L is slightly uncertain, however in the short-term, it is likely to strengthen and move northeast, potentially clipping the Outer Banks region of North Carolina.

As 90L continues to churn near the Bahamas and off the coast of Florida, the track of 90L continues to develop, with low forecast confidence in the long-term time frame. Currently, the storm is projected to gradually slide northeastward, gradually increasing in strength. However, some models point to the system clipping regions of the Outer Banks, and perhaps a landfall as a post tropical system in the Northeastern US. However, the most likely scenario at this time frame is that it stays away from land, and moves up the eastern seaboard before dissipating. In the long-term, model guidance is extremely diverse, with solutions that take the remnants into the US, or even carrying 90L’s remnants to Europe as an extratropical storm. Forecast confidence is medium in the short-term, but low in the long-term.

Future updates on 90L and systems in the Atlantic basin can be found on the Force Thirteen Youtube channel, as well as our various social mediums on Twitter and Facebook.