By: Preston Schenk
In: Indian Ocean
With: 0 Comments 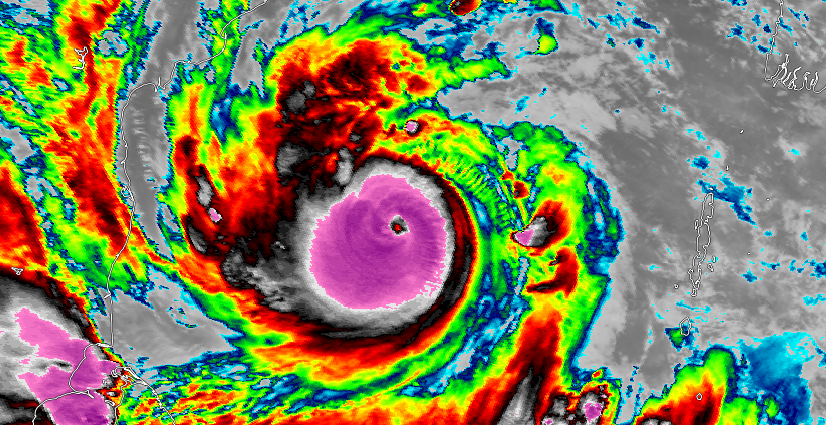 Amphan has rapidly developed overnight into an extremely dangerous cyclone, already up to a category 4 cyclone, with winds of 130mph and a pressure of 938mb. The storm at 2:30am on Monday, May 18 was located near 12.8N and 86.1E, moving north fairly quickly. The storm is expected to intensify even further, perhaps even to category 5 strength! All interests in Eastern India and Bangladesh need to be monitoring this potentially catastrophic storm, as it is projected to make landfall Tuesday night into Wednesday morning. Currently, the storm is located 800 miles from Dhaka, and is projected to make landfall in eastern India and/or western Bangladesh.

Amphan will continue to further intensify, possibly to category five strength in the next 24 to 36 hours as it drifts North and Northeast from its current position. Amphan will move into a heavy populated area somewhere inbetween Kolkata and Dhaka (Most likely at this time Kolkata) as an extremely severe cyclonic storm when it makes landfall on Monday night into Tuesday. Storm surge from Amphan may reach up to 10 meters in some regions, potentially causing catastrophic damage along with intense winds. After making a landfall, it appears likely that the storm will meander before eventually dissipating, producing heavy rainfall in flood prone areas which could see significant flooding. All indications point to this system being an intense, possible even historic storm.

THIS IS A LIFE THREATENING SITUATION! Heed all warnings from your local RSMC.

Stay informed with Amphan and other BOB storms via future updates on the Force Thirteen Youtube channel, as well as our various social mediums on Twitter and Facebook.