By: Preston Schenk
In: Pacific Ocean
With: 0 Comments 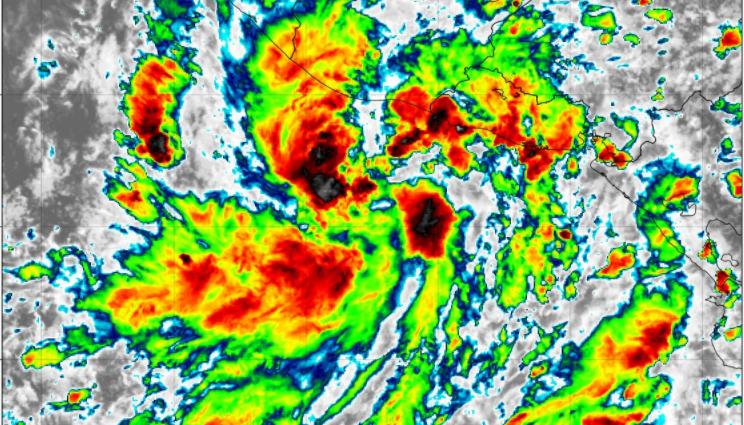 Tropical Depression Two has formed in the Eastern Pacific this afternoon with winds of 30mph and a pressure of 1006 millibars. At 1PM PDT, the storm was located at 91.1 degrees west, and 12.3 degrees north, with weak but rather organized convection. The system will move north, eventually making landfall in most likely Guatemala as a tropical depression. There is a small chance the system makes it to tropical storm status. Tropical Storm warnings currently are in effect for all of the Pacific coast of Guatemala, and for the coast of El Salvador. Soaking rains and gusty winds are likely when it does make landfall. If TD 2 is named, it would become the first named storm of the year in the Eastern Pacific, having the name Amanda. The system’s remnants may enter the Gulf of Mexico later next week.

Tropical Depression Two will likely continue North making landfall in Guatemala sometime in the next 24 hours, making a landfall as a tropical depression. Rainfall amounts up to 6 inches will be possible wherever it does eventually make landfall. Flooding and mudslides cannot be ruled out due to the amount of rainfall projected from TD 2. After landfall, TD 2 will likely continue northward, potentially into the Gulf of Mexico where further development remains a possibility.

Future updates on TD 2 and systems in the Eastern Pacific basin can be found on the Force Thirteen Youtube channel, as well as our various social mediums on Twitter and Facebook.