By: Force Thirteen
In: Atlantic Ocean
With: 0 Comments 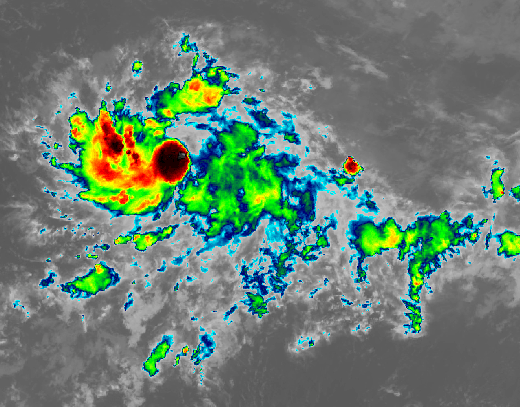 The seventh tropical depression of the 2020 Atlantic Hurricane Season formed Tuesday in the main development region. The system was located almost halfway between the Lesser Antilles and the West African Coast, or more specifically at. Force Thirteen expects this storm to possibly make a run for hurricane status in the next week as it approaches the Lesser Antilles. If it were to do so, it would be the first hurricane of the season, and would receive the name Gonzalo. July is usually a somewhat-active month for tropical cyclones, with tropical storms Fay and Edouard forming earlier in the month as well, albeit near the eastern seaboard. Nonetheless, impacts may be felt later in the week in the Caribbean as the storm approaches. The area we are most concerned about is the Lesser Antilles. The storm track may resemble Tropical Storm Don of 2017, which hit the area as well, albeit as a weak tropical storm.

Tropical Depression Seven is likely to continue moving west and will likely intensify as it does so, possibly into a hurricane. Currently, the storm is located in the main development region and poses no threat to land. By tomorrow, this system will likely be a mid-range tropical storm. The greatest question mark at the moment seems to be how intense the system will be when it nears the Lesser Antilles. Some models have been pointing to a medium strength tropical storm, while others point to a hurricane – possibly major according to one or two. No matter the intensity, gusty winds and flooding will be the main threats, as is with any storm. Interests in the Caribbean need to be keeping a very close eye on TD Seven, as the storm is still evolving.