By: Elliott Fosler-Lussier
In: World News
With: 0 Comments 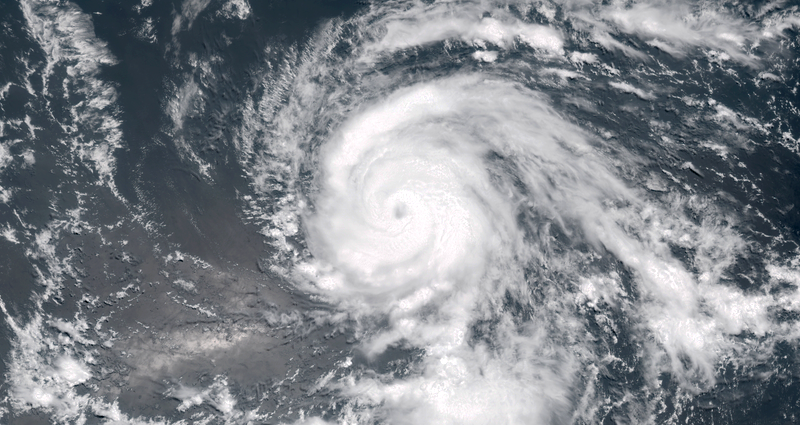 This July has been another unusual month worldwide in terms of climatology. All activity was centered in the northern hemisphere as one would expect, although the distribution of storms was highly unusual, with the bulk of the activity focused on the Atlantic and eastern Pacific rather than the western Pacific. Overall, ten tropical or subtropical cyclones formed worldwide, with only 7 having received a name.

The Atlantic Basin featured a record six total systems, five of which were named. The first of the quintet, Tropical Storm Edouard, formed on July 4 as Tropical Depression Five over the western Atlantic from a decaying MCS. Five struggled to intensify at first, although it did bring squally conditions to Bermuda. However, it strengthened into Edouard as it accelerated northeast before becoming extratropical on July 6. Impacts from Edouard were minimal.

The second Atlantic system, Fay, formed off the coast of North Carolina on July 9, strengthening into a 60 mph tropical storm with the aid of warm Gulf Stream waters. Fay then made landfall in New Jersey as a 50 mph tropical storm, becoming the first to do so as a TC since Irene of 2011. Fay dissipated as it moved over the Northeast on July 11, although it left behind 6 deaths and $400 million in damages as of current estimates.

The third of the string of Atlantic storms was Tropical Storm Gonzalo, which formed in the Main Development Region on July 23. Gonzalo began to strengthen quickly, and although it was expected to become a hurricane, dry air halted the strengthening and Gonzalo reached a 65 mph peak instead. Gonzalo weakened as it impacted Trinidad and Tobago before dissipating on July 25.

The fourth Atlantic system this month was Hurricane Hanna, which formed in the central Gulf of Mexico on July 23. Hanna began to rapidly intensify despite forecasts for only gradual strengthening, and developed a well defined eye before striking Texas as a 90 mph Category 1 hurricane before dissipating over Mexico on July 27. Hanna became the first Texas landfall since Harvey of 2017. Across its path throughout the Gulf Coast and Mexico, Hanna killed 5 people, and damage estimates exceed $500 million.

The fifth and final named system was Hurricane Isaias, which impacted the Caribbean after forming from Potential Tropical Cyclone Nine on July 30. After unexpectedly intensifying after passing over Hispaniola, Isaias reached hurricane strength and became the second hurricane in the Atlantic season. Isaias weakened back to a tropical storm after making landfall over Andros Island in the Bahamas, although restrengthened for its final hurricane landfall over the Carolinas as an 85 mph hurricane, racing through New England before it became post-tropical early on August 5. Isaias caused heavy wind damage and flooding across the Greater Antilles, with impacts extending all the way through the Northeast US. Damages are currently unknown, although Isaias has claimed at least 11 lives across its path.

Finally, there was a short lived tropical depression, Tropical Depression Ten, in the far eastern Atlantic. Ten managed to form against the odds by fighting off the prevalent dry air. However, it wasn’t able to sustain itself due to deteriorating conditions, and dissipated on August 2, marking the first time in recorded history the Atlantic basin recorded 6 tropical cyclones in July.

Overall, the Atlantic had a fairly impactful month, with at least 22 deaths and $900 million in damages attributable to storms at this time.

The Eastern Pacific also featured four systems. Tropical Storm Cristina formed on July 6, and despite forecasts to become a significant hurricane, only strengthened modestly, peaking just shy of hurricane status at 70 mph and dissipating on July 13 without impacting land.

Two short-lived tropical depressions, Six and Seven, formed on July 13 and July 20 respectively and lasted a day each. Neither impacted land.

The second named storm, Douglas, was much more notable. Douglas formed on July 20, and began to gradually intensify at first, with a Category 1 peak predicted. Contrary to forecasts, Douglas’ intensification became rapid, and the storm peaked as a 150 mph Category 4 per Force Thirteen analysis as it began to threaten Hawaii. Despite models and forecasts of a hurricane landfall, Douglas passed just north of the islands, potentially sparing significant damage. Wind shear began to take a toll on Douglas thereafter, and it began to rapidly weaken, dissipating on July 29 east of the International Date Line. Impacts to Hawaii are currently unknown.

According to the JMA, there was also a tropical depression in the Western Pacific from July 27 to July 30, although it failed to get named, and was also not designated by the JTWC, marking the first time since the 1800s where July featured no nameable storms in the basin.

2020-08-05
Previous Post: Isaias Regains Hurricane Strength as it Closes in on the Carolina Coast; Strong Winds and Heavy Rainfall Expected Across Much of the U.S East Coast
Next Post: Elida Forms over the Northeastern Pacific; Forecast to Become a Hurricane