Elida Forms over the Northeastern Pacific; Forecast to Become a Hurricane 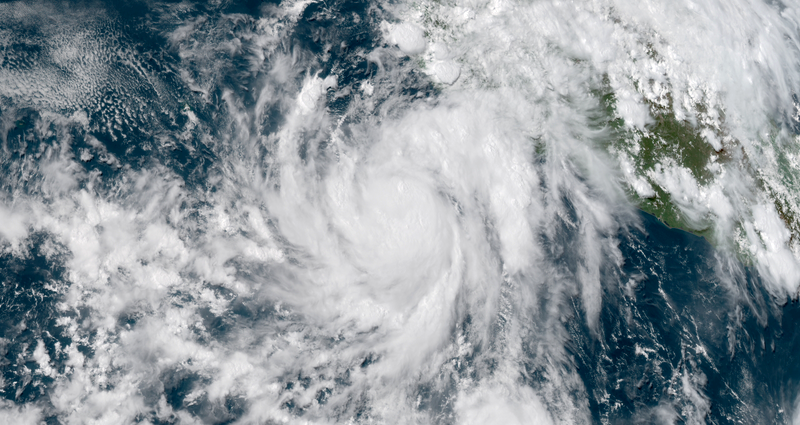 Tropical Depression Nine-E, which developed early this morning off the Mexican coast, has strengthened today, and is now Tropical Storm Elida. It is the fifth named storm of the 2020 Northeastern Pacific hurricane season, and the first in the month of August. It is one of four tropical cyclones currently active worldwide, alongside Western Pacific Tropical Storm Jangmi, and two other tropical depressions. Currently located off the west coast of Mexico, Elida is forecast to strengthen as it moves northwestward, away from the coast, and is likely to become a hurricane on Monday while passing near Soccoro island.

As of the National Hurricane Center’s most recent advisory on Elida at 3:00 PM MDT (21:00 UTC), the center of Tropical Storm Elida was located near 17.0°N, 106.4°W, about 195 mi (315 km) southwest of Manzanillo, Mexico. Maximum sustained winds are near 50 mph (85 km/h) with gusts to 60 mph (95 km/h), the minimum central pressure is 1003 mb (29.62 inches), and tropical storm-force winds extend outward up to 45 miles (75 km) from the center. Elida is moving toward the west-northwest at around 15 mph (24 km/h), and this general motion is expected to continue through Wednesday, followed by a turn to the west and then the west-southwest on Thursday. Elida is forecast to strengthen, perhaps quickly, over the next couple of days as conditions remain favorable, and it is forecast to become a hurricane on Monday. Weakening is expected to begin on Wednesday, and Elida is expected to quickly weaken and degenerate into a remnant low by Friday. There are no tropical cyclone watches or warnings currently in effect, and Elida is not expected to threaten land at any point in the next five days.