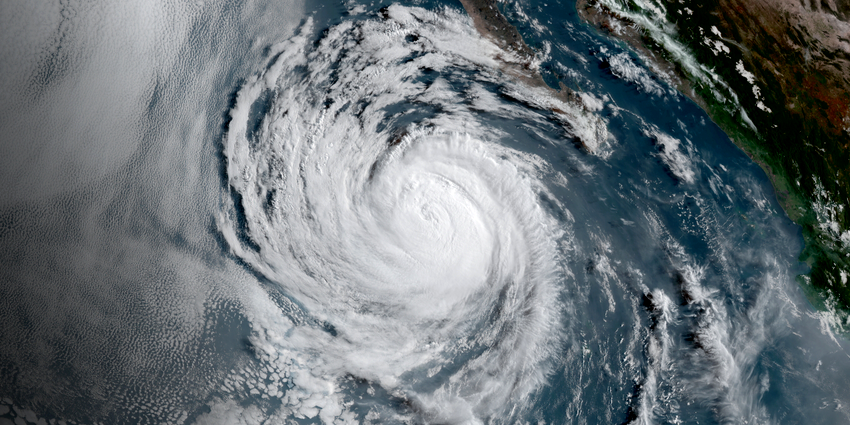 Hurricane Elida has continued to strengthen this morning and is now a Category 2 hurricane as it continues northwestward over open waters. Although Elida has been strengthening all through the night, it will soon be moving over much cooler waters and into a very stable and unfavorable atmospheric environment, which should induce rapid weakening on Wednesday. Elida is the second hurricane of the 2020 Pacific hurricane season, coming in at a much later date than normal, with the average second hurricane occurring sometime in June. Elida is currently located over open waters and is not expected to threaten land in the next several days.

As of the National Hurricane Center’s most recent advisory on Elida at 9:00 AM MDT (15:00 UTC), the center of Hurricane Elida was located near 21.3°N, 113.8°W, about 275 mi (440 km) west-southwest of the southern tip of the Baja California Peninsula. Maximum sustained winds are near 100 mph (155 km/h) with gusts to 120 mph (195 km/h), the minimum central pressure is 975 mb (28.80 inches). Elida is a rather small hurricane, with Tropical storm-force winds extending outward up to 70 miles (110 km) from the center, and Hurricane-force winds extending outward up to 15 miles (30 km) from the center. Elida is moving toward the northwest at around 14 mph (22 km/h), and the hurricane is forecast to slow down as it turns west-northwestward during the next several days. Elida has likely reached its peak intensity, and it is forecast to begin weakening later today. Rapid weakening to tropical storm status is expected by Wednesday, and the cyclone is forecast to degenerate into a remnant low by Thursday. There are no tropical cyclone watches or warnings currently in effect, and Elida is not expected to threaten land at any point in the next five days.

2020-08-11
Previous Post: Elida Forms over the Northeastern Pacific; Forecast to Become a Hurricane
Next Post: New Tropical Depression Forms in the North Atlantic; Expected to Strengthen over the next few Days