Potential double-threat for Louisiana from Laura and Marco next week

By: Ryan Matta
In: Atlantic Ocean
With: 0 Comments 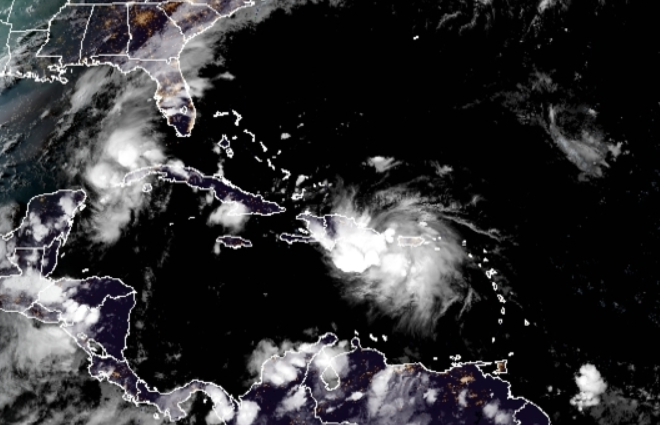 At the 4:00pm CDT advisory for Tropical Storm Marco, the National Hurricane Center shifted Marco’s forecast cone well to the East, following the European, GFS, and several other models. With this eastward shift, the forecasts for Laura and Marco now call for the two storms to make hurricane strength landfalls in southeastern Louisiana just two days apart. If this occurs, it would be the first such instance of two hurricanes making landfall in Louisiana within a two day time period, although this isn’t the first time Louisiana has experienced a back-to-back threat from significant storms (Tropical Storm Isidore and Hurricane Lili made landfall in the state seven days apart in 2002).

Marco enters the Gulf of Mexico, Hurricane Watch issued for the United States

Tropical Storm Marco has moved well eastward of it’s initial forecasts, missing making it’s originally forecasted landfall over the Yucatan Peninsula, and instead delivering Tropical Storm conditions to extreme western Cuba. Marco is now predicted to reach hurricane intensity later tonight or early tomorrow morning, and peak with winds of 85 mph tomorrow. Most models show Marco making landfall over or near southeastern Louisiana on Monday afternoon, although there are a few models still showing Marco making landfall in Texas, and some show that Marco may make landfall as far east as Alabama. After landfall, a westward building ridge will push Marco towards the northwest across Louisiana and into Texas as a Tropical Depression heading into Tuesday and Wednesday.

As of 8:00pm AST, Tropical Storm Laura was located near 18.1°N, 68.7°W, moving W at 18 mph with maximum wind speeds of 50 mph and a minimum pressure of 1004 millibars (29.6 inHg). Tropical Storm warnings are in place for the U.S. Virgin Islands, Puerto Rico, much of Hispaniola, the Turks and Caicos Islands, the southeastern Bahamas, and eastern Cuba. A tropical storm watch is in place for the central Bahamas, Andros Island, the Florida Keys, the Florida Bay, and the remainder of Cuba.

Tropical Storm Laura has moved further south than the original National Hurricane Center forecast as predicted by the European and GFS models, which has been bad news across the northeastern Caribbean Islands. Tropical Storm force winds were experienced as far south as Martinique. The Dominican Republic, Puerto Rico, and the U.S. Virgin Islands are currently experiencing the worst of the storm, and nearly a foot of rain has fallen in some areas of Puerto Rico. Laura will make landfall in the Dominican Republic in the next few hours.

Laura isn’t expected to intensify much until Tuesday due to land interaction with Hispaniola and eventually Cuba on Sunday and Monday. Once Laura reaches the Gulf of Mexico on Tuesday, Laura is forecast to strengthen to a Category 1 hurricane due to a lack of wind shear and very warm sea surface temperatures before making landfall in southeastern Louisiana on Wednesday. However, Laura’s intensity forecast is still uncertain, as some models indicate Laura could strengthen further.

For more information on Laura and Marco, please visit the National Hurricane Center.