Large Weather System Expected to Bring Heavy Snow, Severe Weather and Flash Flooding to the US 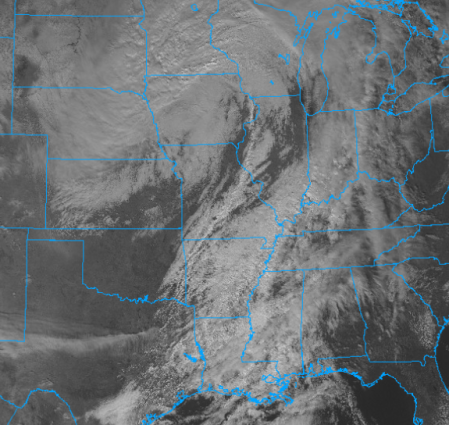 A ragged weather pattern will begin setting up today and bring a wide variety of weather impacts. First, a low pressure system will move through the Northern Great Plains and Upper Midwest which will bring heavy snow and high winds to the region creating blizzard conditions. Meanwhile, a cold front will move through the Gulf Coast today and Mid-Atlantic region tomorrow and bring severe weather in its wake which will include damaging winds and tornadoes. Heavy rain will also be possible in the northeast from this system as well but as the cold front pushes through and sharply lowers temperatures, it will create the perfect breeding ground for lake-effect snow, predominantly on Lake Ontario and Lake Erie.

A powerful low pressure system will move through this area today and tonight. This will be accompanied by heavy precipitation that as the temperatures falls from the 40’s to the single digits because of the system, it will create the perfect breeding ground for heavy snow rates of 1-15″ an hour. Because of how powerful the system is, it will create a large pressure gradient that will cause extreme winds of 50-60mph which will produce blizzard conditions mainly in the Minnesota-Dakota’s region but also in Central Minnesota, Northwestern Iowa and Northeastern and Central Nebraska where Blizzard Warnings are in effect. Here the heavy snow amounts of 4-6″ and high winds will create near white-out conditions making traveling very dangerous and also cause spotty power outages and tree damage. The heaviest snow will fall in the Minneapolis-St. Paul region northeastward where as much as a foot of snow can be expected. Here Winter Storm Warnings are in effect from Eastern Minnesota northward into Northwestern Wisconsin and Northern Minnesota. Winds here will be relatively lighter with gusts peaking at 40-45mph but will still create drifting and periods of blowing snow making traveling very difficult. The Weather Prediction Center has stated that on the WSSI scale, a large area in Central and Southern Minnesota could see Major to Extreme Impacts from this system meaning that extensive and widespread property damage will occur and there will be extreme disruptions in daily life. Be prepared for extended time at home and at sometimes without power. For more information, read the Storm Prediction Center’s (SPC) Mesoscale Discussion #1865.

Attached to the low pressure system over the Midwest is a long and powerful cold front that will sweep southward across the Gulf Coast states today. The SPC has given this area a Slight Risk for severe storms meaning scattered severe storms are possible. The forecast states that around 12pm CST showers and thunderstorms will begin to form ahead of the cold front which given the conditions will organize into a line and could intensify into isolated severe storms. Then around 4pm CST, thunderstorms will develop along the cold front in Arkansas and rapidly organize and strengthen as they move southeastward into Louisiana and Mississippi becoming mainly a straight-line wind event with the potential of a brief tornado. Around 9-10pm CST the two lines will begin to combine and bring the main threat of severe weather to the southern Gulf Coast which will be damaging winds and tornadoes with the possibility of an isolated hail event. This will persist until around 6am CST the next morning when the front will move out of the area.

On Thursday the severe weather threat will shift to the Mid-Atlantic where an Enhanced Risk is in effect for the Eastern part of North Carolina meaning numerous severe storms are possible with a few intense storms. Here dewpoints in the 60’s and abundant moisture will allow enough destabilization to occur to support severe weather. This will be accompanied with very high shear that any storms that do form will be able to rapidly organize into supercells. The SPC currently predicts that a line of storms will form ahead of the front which will quickly become supercellular and discrete brining a threat of tornadoes and damaging winds. Around 8pm EST the main cold front will arrive and will combine with this wave ahead of it, posing a risk of straight-line winds and brief tornadoes. This is a very dangerous situation unfolding so listen to local weather authorities and be prepared to take action incase a tornado warning is issued or one does touch down.

As the low pressure system moves east, a flash flooding risk will develop over the Northeast. Heavy rain of 1-3″ is expected across Central and Northern Virginia, Maryland, Eastern half of Pennsylvania, Central New York and Southern Vermont where Flash Flood Watches are in effect. This will be combined with snow melt from the last nor’easter which will create large amounts of runoff across the region. The WPC has issued a slight risk for flash flooding across the region for Thursday and Friday meaning scattered flooding events are possible but will remain localized to urban areas and areas prone to flooding.

Because of how strong the cold front it, there will be a sharp temperature fall into the 30’s and 20’s and will create perfect conditions for lake-effect snow. A Winter Storm Watch is in effect for county’s east of Lake Ontario and southeast of Lake Erie including Buffalo, NY, Erie, PA and Cleveland, OH. Heavy snow of up to a foot can be expected and with winds gusts of up to 35mph along Lake Erie will create periods of blowing snow and dangerous driving conditions. Do not go outside in these conditions and be prepared to stay at home for an extended time after the system moves through.

Listen to local authorities and the National Weather Service for official information. Subscribe to the Force Thirteen US Channel on YouTube and follow them on Twitter for the latest news on these developments. Be prepared and most importantly, be safe.