By: Alex R
In: Cyclone History, Europe
With: 2 Comments

On the 22nd of September a small depression formed in the North Sea, on the 24th it was officially named Odette by KMI (Belgian weatherservice). After this, Odette stalled in her place. She would not move for the coming day. On the 25th of September the storm-depression underwent Rapid Cyclogenesis. Causing her to get that typical shape with an eye-like feature in the low-core. The structure would become much better overnight and eventually looked like a classic low pressure. On the 24th of December a small depression was forecasted to form in the North Sea. This depression would undergo explosive cyclogenesis and received the name Odette. This windstorm caused mayhem on the northwest coast of Belgium and the province of Zeeland, Netherlands. With gusts over 100 km/h. It was the first autumn storm since 2017.

When Odette formed, the depression was still quite small and weak. Weathermodels were suggesting a potential heavy-storm forming from it. On the 25th of December, Odette underwent Rapid-Cyclogenesis. Odette’s occluded front started spiralling very tightly and the system got a spiral shape. Over the next seven hours she deepened incredibly fast. Creating a strong, but local windfield. This would then take aim to the NW of Belgium and the entire province of Zeeland. Rapid cyclogenesis is the process of the formation from an extratropical cyclone. On satellite it can be seen as a frontal cloud and a cloudhead. Once dry air intrudes it gets it’s initial shape as a wave like storm. The more the dry air comes into it, the more the clouds starts to bend. Eventually the cloud cover starts to occlude because of the wrapping fronts. This causes the cloudhead to gets it’s characteristic curled shape. This process also took place with Odette in a very short time.

(Figure 1) A small storm-depression which has formed in the North Sea and has been given the name “Odette” by KMI   Charts: @KNMI

Landfall of the storm

On the 26t-27th of September Odette made landfall in the Netherlands, with the full windfield on Zeeland and the northwest Belgium. As Odette came ashore, gusts were reported of over 110 km/h. The winds blew on the coast with such a force, that whole sand dunes were blown on land and whole parts of beaches were slammed away. (See figure 3). KMI issued a code orange for the coast and West-Vlaanderen. With gales topping the 11 Beaufort, it made the storm earn the title of very heavy storm. Whole parts of beaches were swept away by the sea. In Hoek van Holland (Netherlands), a wind gust of 114 km/h was reported. In Zeeland the storm had sustained Beaufort 10 for two hours long. Making it a heavy-storm for the Netherlands. The damage caused by Odette was massive, because of the incredibly strong winds at the low level forced into a very small area. Due to the English Canal, the Venturi Effect took place. Because of the narrower space to move through, the air got crushed into itself and forced to flow faster. This caused stronger winds at the area’s directly impacted. The total damage estimate is still unknown. 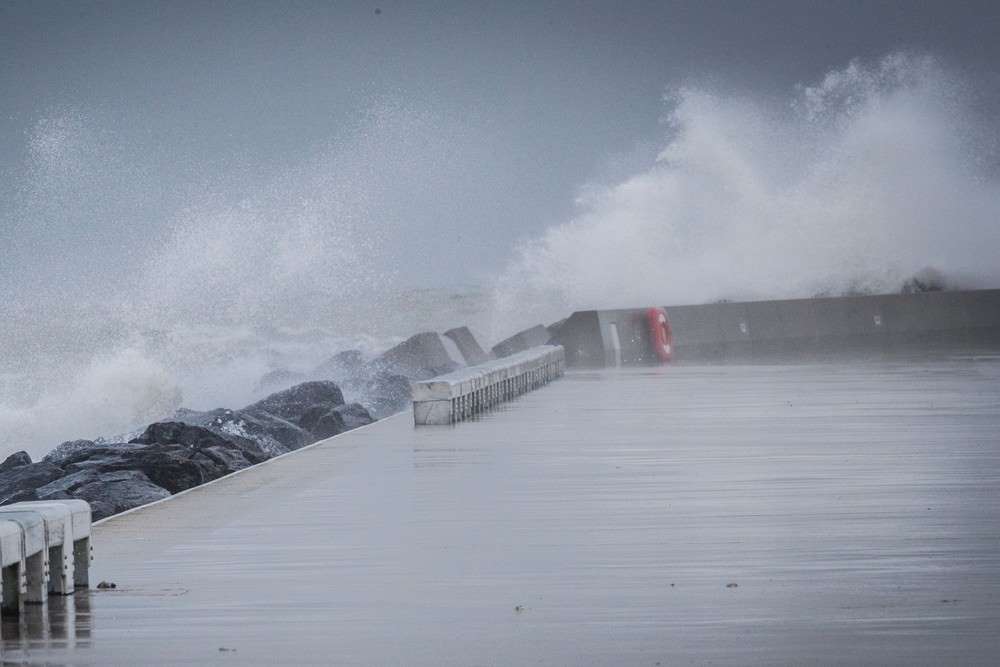 After Odette ravaged through northwestern Belgium and Zeeland, Netherlands, the true extent of the damage became clear. Whole parts of the beach swept away, small beach-houses destroyed. destroyed sailing yachts and small boats, sand blown off the beaches and onto roads of the cities and villages. Trams not being able to move due to the sand and cars which are completely buried in the sand. The following set of photos depicts the damage Odette caused. 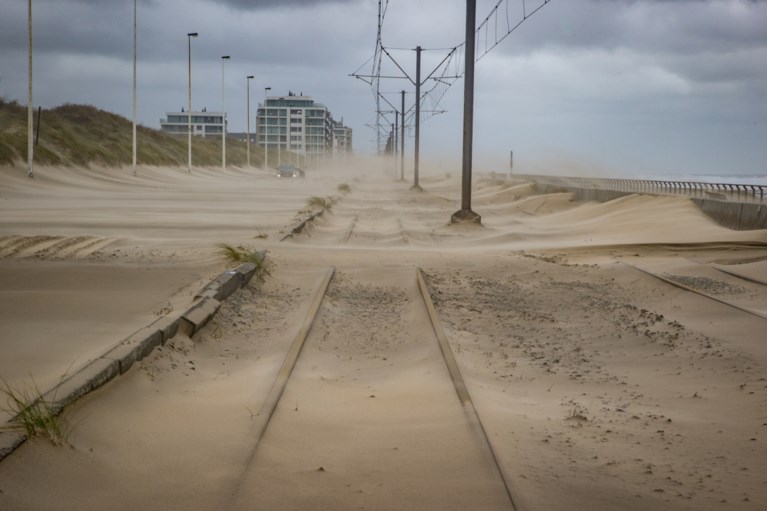 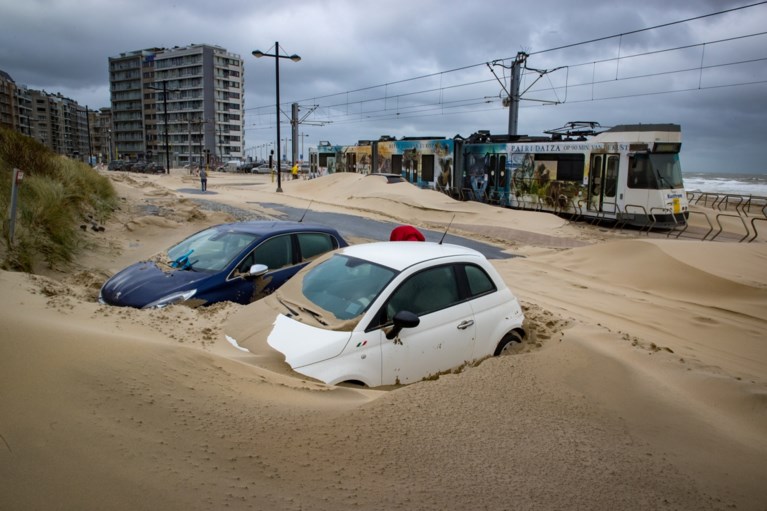 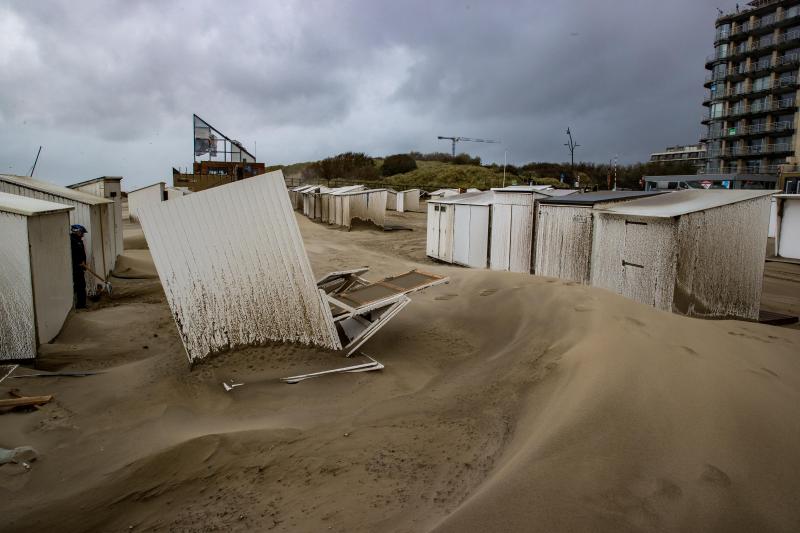 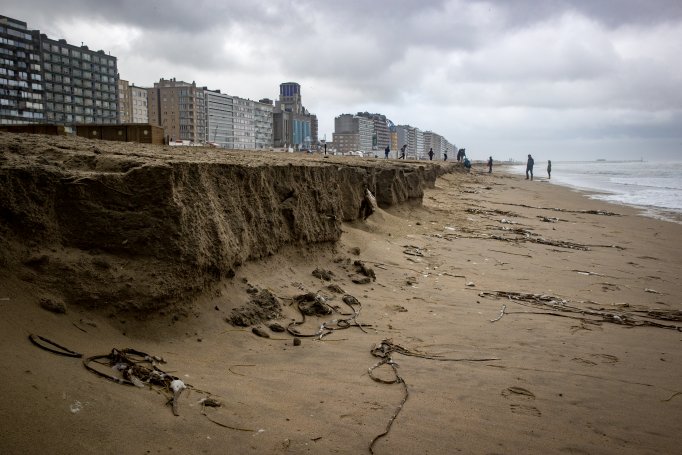