By: Force Thirteen
In: United States, Winter Weather
With: 0 Comments 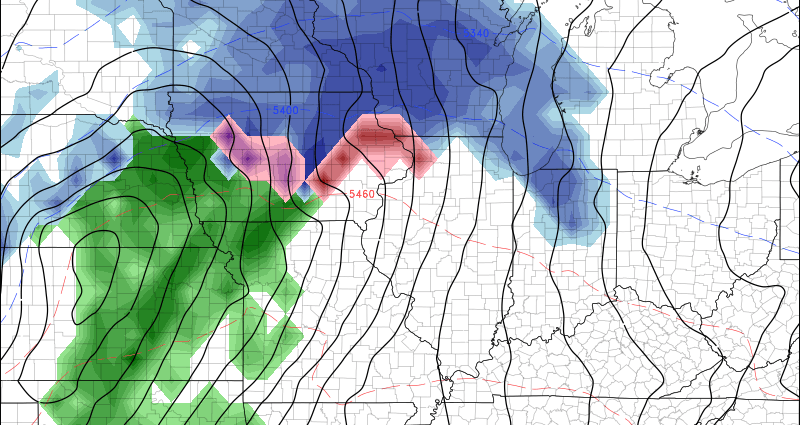 A winter storm is possible next week throughout the Central Plains and Upper Midwest as an area of low pressure moves across the region. Forecast models have been rather consistent in developing a winter storm in the area for a few days, however, storm attributes such as track and amounts will still need to be fine tuned in the coming days. The potential storm will come after last week’s storm over the High Plains, which resulted in Blizzard Warnings for areas of Minnesota and the Dakotas.

Conditions should stay rather pleasant for wintertime for most of the region, albeit for a weak clipper which may dump 2″-4″ of snow on Sunday in parts of Wisconsin. Early Monday morning, an area of low pressure will move on shore in California. This shortwave trough will move to the Northeast where it will phase with Gulf of Mexico moisture, in turn producing more precipitation. The area of low pressure will be located in Eastern Colorado Tuesday morning, with atmospheric conditions favoring a vertically stacked low. These conditions will lead to a vertically stretched vector of precipitation, with snow falling in areas of North Dakota and rain in Western Texas spurred by the system. Heavy snow will fall in areas of the Dakotas and the Western Upper Midwest. The low will progressively move Northeast throughout the day, resulting in heavy snow spreading North and East into areas of Minnesota and Wisconsin. This could result in severe travel delays and poor road conditions. The location of the low becomes a bit fuzzy after the 84hr mark, as the Canadian model has the low in Oklahoma due to earlier differences in the model run, and the GFS has the low in Western Wisconsin with a transition to rain at 96hrs out. The next 24hrs will be crucial in pinning down the forecast, however. Interests across the Midwest should begin to prepare if the storm does impact them, including staying tuned to our regional channel covering US Weather, Force Thirteen US. Stay safe and stay tuned for updates!