Tropical Storm Eloise moves closer to Madagascar; warnings are in effect on parts of the country

By: Kin Largadas
In: Indian Ocean
With: 0 Comments 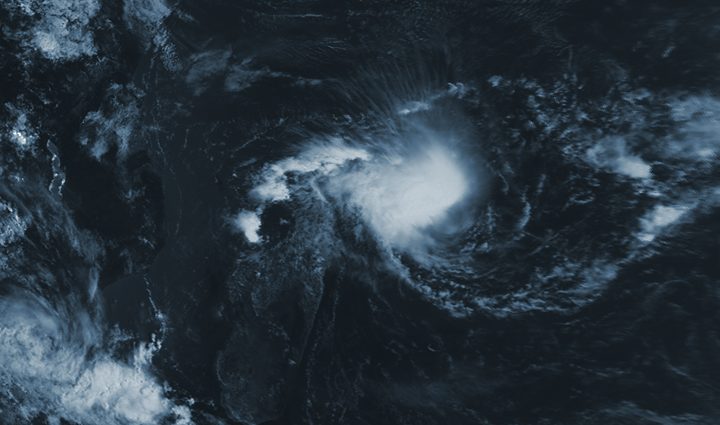 As Tropical Storm Eloise moves closer to the country of Madagascar, cyclone warnings are now put into effect on parts of the country.

Tropical Storm Eloise is located near 13.7 degrees east, 56.6 degrees east, approximately 386 nautical miles to the north of Port Louis in Mauritius. The storm currently has maximum sustained winds of 50 mph (85 km/h), with gusts up to 65 mph (100 km/h), and a minimum pressure of 998 millibars, according to the Joint Typhoon Warning Center.

According to the Regional Specialized Meteorological Centre (RSMC) of the basin, Meteo-France, Eloise is a moderate tropical storm, with winds of 40 mph (65 km/h) and a minimum pressure of 994 millibars. The storm is currently moving westwards at 15 knots (15 mph; 30 km/h) according to the JTWC, and is currently intensifying at the moment.

Meteo Madagascar, the Sub-Regional Tropical Cyclone Advisory Center in Madagascar, has issued cyclone warnings around the country in preparation to Eloise. Widespread heavy rains will affect several northern regions in addition to areas directly affected by the system, and the peak is expected on January 20 and 21 with rainfall accumulations that could exceed 100 mm/24 hours, according to the agency. The agency also said that sea weather conditions will deteriorate from tomorrow Tuesday, and going out to sea is not recommended from the same day.

Please prepare for this storm, as heavy rainfall is expected on Madagascar from this storm, which can generate flash floods, widespread floodings and landslides. Stay updated with your local officials, and evacuate if needed to.