Cyclone Marian intensifying in the Indian Ocean, no threat to land

By: Force Thirteen
In: Cyclone, Indian Ocean
With: 0 Comments 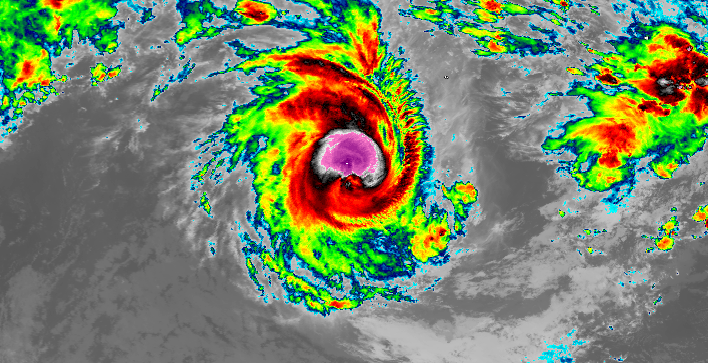 The Australian Region basin has produced yet another named cyclone of the 2020-21 season, Marian, and is currently in the open ocean, with no threat to land.

Force Thirteen estimates has put up Marian at 80 mph (130 km/h), slightly higher than the mentioned centers’ estimates, with a minimum central pressure of 976 millibars, same as the BoM’s pressure estimate. The storm is currently moving southwest at 12 mph (19 km/h) and is no threat to land at this time of writing. Marian is forecast to move southwest, briefly entering the Meteo-France’s area of responsibility, then recurve towards the southeast, while weakening.