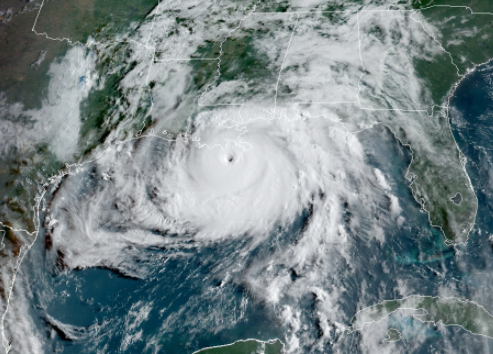 Extremely powerful Ida continues its rapid intensification and deepening as it moves closer to Southeast Louisiana. With hurricane and tropical storm warnings and watches spreads along Louisiana towards western Florida. Flash flood watches are in place as far as Arkansas and Tennessee. As per the latest Force Thirteen analysis, Ida was last located at 28.5°N 89.6°W, about 50 miles southwest of the mouth of the Mississippi River with sustained winds of 155 mph and minimum central pressure of 929 millibars. Ida is currently moving northwest at 15 mph. Force Thirteen Cyclone Destruction Potential Scale rating for Ida is currently at 7, meaning catastrophic damage is expected in the landfall areas and it’s immediate vicinity.

Storm Surge Warning (there is a danger of life-threatening inundation, from rising water moving inland from the coastline, during the next 36 hours)

Tropical Storm Warning (Tropical storm conditions are expected somewhere within the warning area, in this case within the next 12 to 24 hours.)

Hazards that Ida will bring:

Preparations for the storm should be done by now. Stay in a shelter or evacuation area and heed the authorities. Reach out to local governments or a NWS Office that will be listed below if you need information in your vicinity. You can also check our live stream as Ida makes a devastating landfall here.