The 2020 Atlantic hurricane season has officially surpassed the 2005 Atlantic season in terms of named storms.

Meanwhile, Tropical Storm Eta is reorganizing in the Gulf of Mexico. Located at 23 degrees north, 85.4 degrees west, the storm has a maximum sustained winds of 50mph and a minimum pressure of 995 millibars. The storm is moving southwest at 8mph, and is forecast to weaken to a tropical depression in approach to the Florida Panhandle. 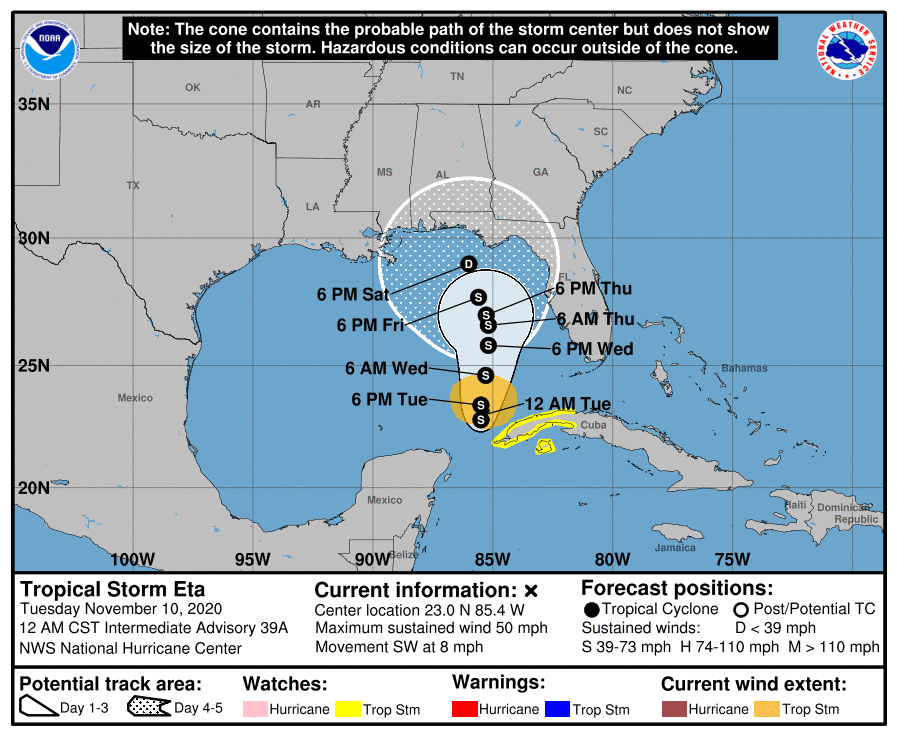 Currently, a Tropical Storm Watch, which means that tropical storm conditions is possible in the next 36 hours, is in effect from Eta for: