In Northwestern Europe a white Christmas is likely to happen in the higher parts of the Ardennes (400m and above). The GFS weathermodel is suggesting a possible snowfall of 20-40cm on the highest peak in the Ardennes. Much less snow is forecasted to fall below these area’s because of the temperatures being too warm for snowfall. But this should change as Bella arrives, bringing much needed polar air with her and cooling down the lower 400m too. This should allow for snowfall in the lower area’s in the Ardennes too. In Germany the lower levels could be getting snow starting on Monday. The GFS only shows an increasing amount of snow for Germany. For France the snow could be of much lesser proportions until at least next week Wednesday. The snow forecasted for France is anywhere inbetween 0 and 2cm of snow. Storm Bella keeps bringing gusty winds and cold weather until the parent low she is part of, weakens but stays higher up.  Causing a West Based NAO as suggested by all four weathermodels in the long range. This West Based NAO blows all the very cold air with snow potential from Scandinavia away and up unto the North Atlantic Ocean. This West Based NAO is not the most favourable situation for a white winter in the short term. Although it is a good sign for later on in the year. In January this would have been the jackpot for snow. Denmark is forecasted to be right on the east side of the core from Bella, which allows very cold polar air to flow onto the country. This should favour snowfall in the area by next week. New Year’s eve should have the big shift into the winter weather for large parts of Northwestern Europe.

In Southwestern Europe the snowfall potential is mostly for Portugal and the Pyrenees. Portugal will profit a lot from the West Based NAO and get the full polar air blown over. Loads of snowfall is possible in inland Portugal because of this. For next week, Bella should bring very cold air to Portugal, also allowing snowfall inland and the higher area’s. For Spain, snowfall is not very likely because of the lower 400m being too warm for snowfall. Sleet is a low possibility in many area’s of northwestern Spain. For Italy, a small low pressure area, which is forecasted to form from Bella, could cause problems for traffic in the form of ice on the road. For other area’s of Italy wind could be a slight disruption for daily life. The southern parts of Italy are going to receive a more southwesterly flow from Bella, bringing with it cooler winds, yet warmer temperatures because of subtropical air from the southwest being blown in. For Greece snow is possible in only the mountainous area’s higher up than 400m because of a very strong southwesterly flow Blowing subtropical air all over the country. Warming the lowest 400m up. Turkey will be getting the full hit of the Subtropical air, so snow should only be possible higher up than 700m. For Switserland, a lot of snowfall is possible in the whole country as The Alps cool down the air in the lower 400m massively because of their immense height. The Alps might even get the jackpot in terms of snowfall on the peaks by next week.

In the Benelux, Bella is forecasted to arrive this weekend. Bringing strong gusts and colder temperatures. The storm is forecasted to have an average sustained wind of 7 to 9 Beaufort. The gusts Bella is forecasted arrive with in the Benelux, are anywhere between 75 km/h and 90 km/h. Over sea or right at the coast, the gusts are possible to reach >100 km/h up north in Ameland and southwest in Hoek van Holland. As Bella passes over, she brings cold polar air with her. Significantly cooling the area. After this she will weaken and cause slight instability in the area. This should allow for some extensive snowfall to occur in the Ardennes. For western Belgium the chance on any form of snowfall will be from no to small for the coming week. For central Belgium the snowfall chance is forecasted to be high for a small strip of the country. Brussels in it. For southern Belgium, the snowchances range from small to high. With especially the Southeast having a high chance of snowfall.  Luxembourg will have a high snow chance starting today. This will only get higher the more time passes as of up to 20cm of snow could be falling in Luxembourg by next week if the ECM run verifies. 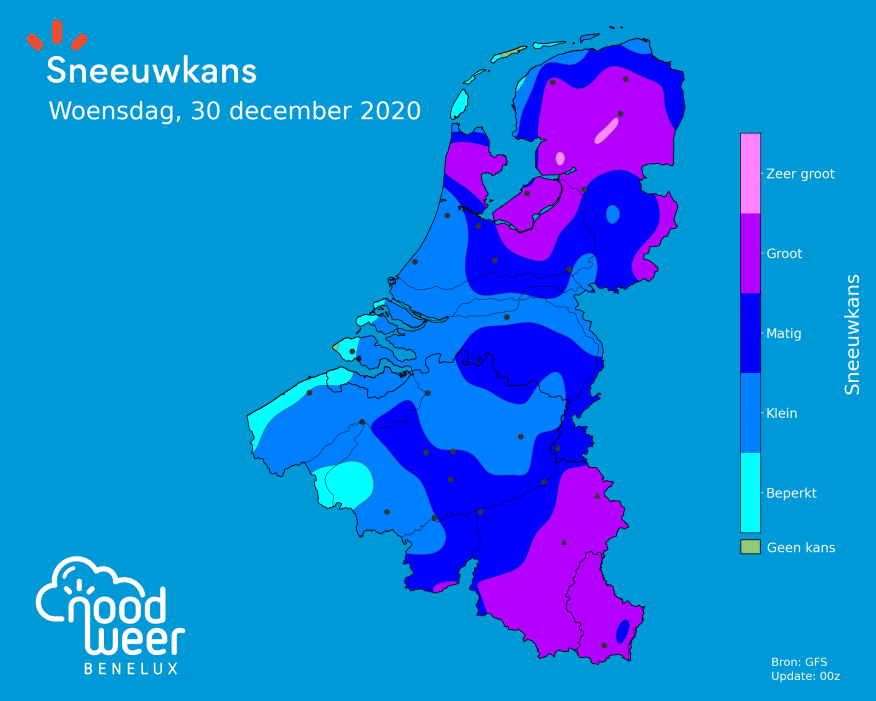 Overall, a nice week with winter weather in many area’s of Europe. Is it either sleet or actually centimeters of snow. It does not matter a lot. The winter still has until mid March. Due to a Greenland Blockade forming, a depression above Iceland is forced down. This depression has been named Bella by Met Office, the British Meteorological Institute. A white Christmas is a nice Christmas gift for Scandinavia. Making the countries white for the most part. In Southern Europe the weather is expected to be softer than the rest and should bring less winter weather. Portugal and Switserland are the lucky ones in this area. With Portugal getting blasted with polar air from Greenland. While a high pressure blockade forms there.

Great week ahead for many in Scandinavia and Northwestern Europe.

Best Wishes and a very Merry Christmas from Alex 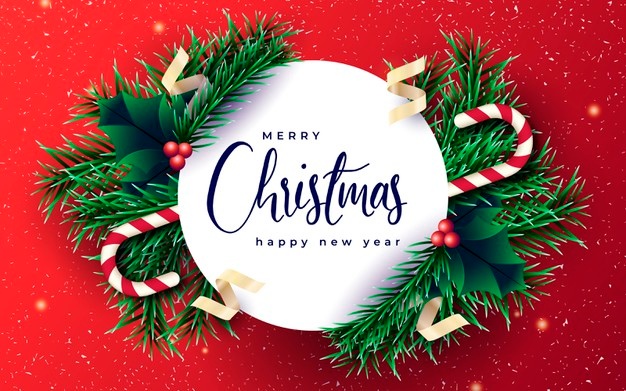