As storm Filomena rages over Spain it brings very cold air temperatures together with heavy snowfall. Many cities are snowed in and people cannot go anywhere. On top of that, record cold temperatures have been meassured in Spain. But due to it being at a higher altitude it cannot be counted as official record.  This severe cold spell with snow is likely to extend until a high pressure system builds up in the North-Atlantic.

Storm Filomena formed over the North-Atlantic ocean from the remnants of a big dynamical-low. These spun up again and underwent  a new cyclogenesis. Forming a new storm-depression. This got the name Filomena by AEMET. As storm Filomena approached Spain, it brought a north-east circulation with it. This caused very cold temperatures to occur in the country. This NE circulation brings polar air straight from Russia to Spain, which then causes an extreme drop in temperatures. Storm Filomena is the sixth named storm on the 2020-2021 windstorm season names list from AEMET, MeteoFrance and the Meteorological Service of Portugal. Filomena has brought freezing temperatures with subzero days and heavy snowfall over Spain ever since she came ashore. The storm is expected to weaken and dissipate in the coming days, but the cold spell stays. 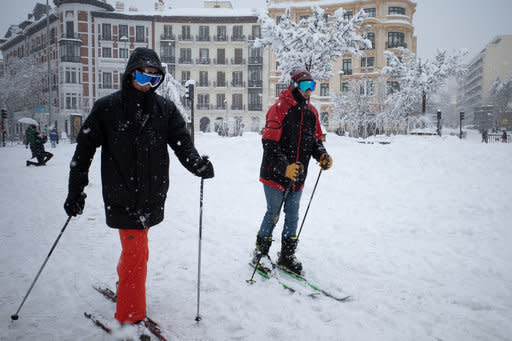 People skiing in the streets of Madrid due to the heavy snowfalls     Author: unknown

As storm Filomena passes over Spain it brings heavy rainshowers with it. These rainshowers then turn into snow due to the extremely cold air temperatures. In many parts of Spain cars can be seen delved under in snow. In Madrid record amounts of snow fell in 24 hours time. With 35-50cm (even in the regions of Madrid). This is the heaviest snowfall in Spain since March 1971. For large parts of Spain there are still Yellow and Orange warnings in force due to the severe snowfall and a severe coldwave. This amount of snowfall in Spain is rare and with it, it brought new cold records for many area’s in Spain.  As the cold spell continues, additional snowfall is possible in the area’s. Salt trucks and shovel trucks are having a hard time keeping up with the amounts of snow falling, making it very hard to keep the roads clear of snow. Many cars are snowed in and people cannot leave their homes in some places. Many people went outside to ski during this rare phenomonen. 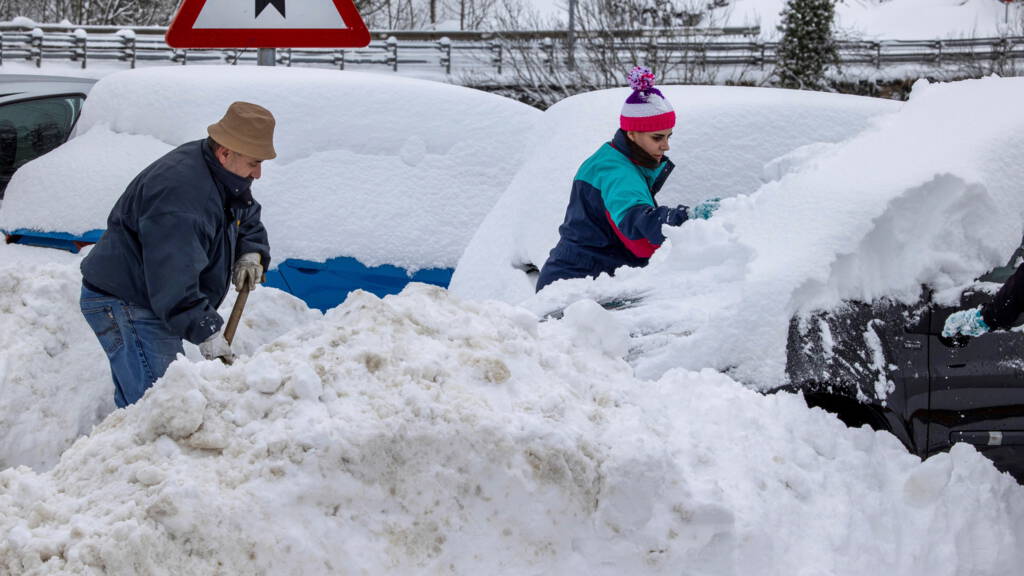 People trying to unbury the cars under the extreme layer of snow as many places in Spain are struck by severe cold and snowfall   Author: unknown
Snowtruck preparing to clean the roads once more in Spain due to the heavy snowfalls and Siberian like temperatures.  Author: Europa Press 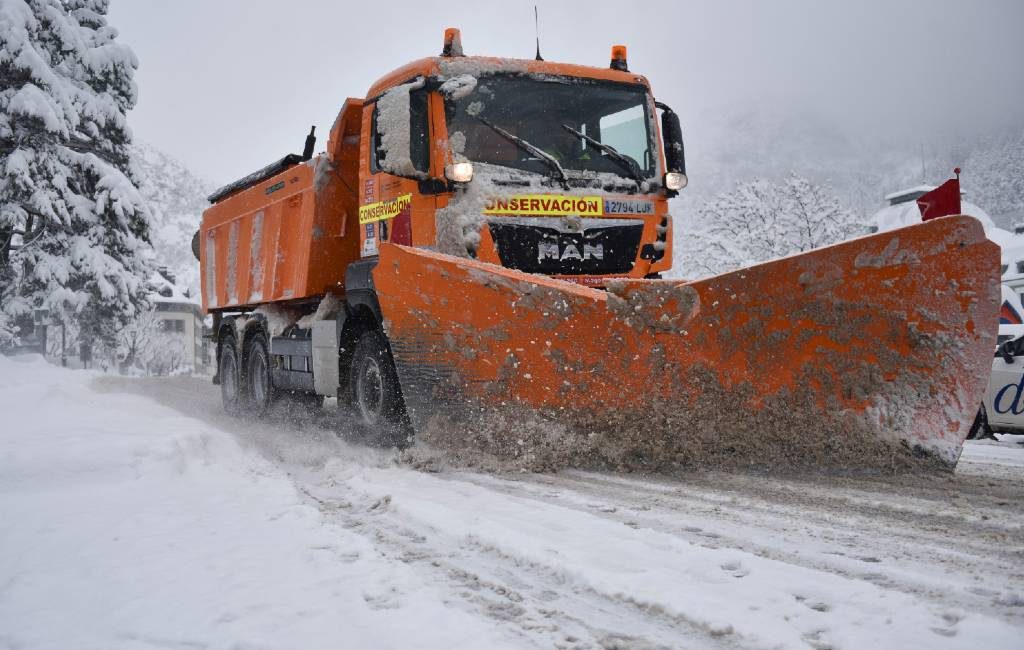