Large parts of Europe are under a high risk of extreme snowfall, light to moderate frost is forecasted. In the Northwest of the Netherlands a windforce of Beaufort 8 is forecasted along with heavy snowfall. In Poland a Red Alert has been issued for many area’s. In Belgium a Code Orange will go in effect for freezing roads and subzero temperatures. In Germany violet codes have been issued for extreme snowfall, freezing rain and subzero temperatures. For the Netherlands a Code Red has been issued for the entire country. Snowdrift, snowstorm conditions and visibility below 500 meters are possible. The following set of figures shows the warnings issued in the Netherlands, Germany and Poland. 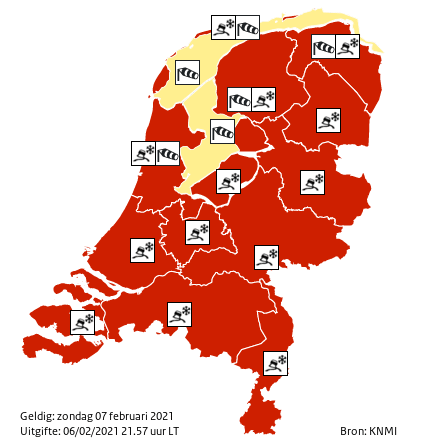 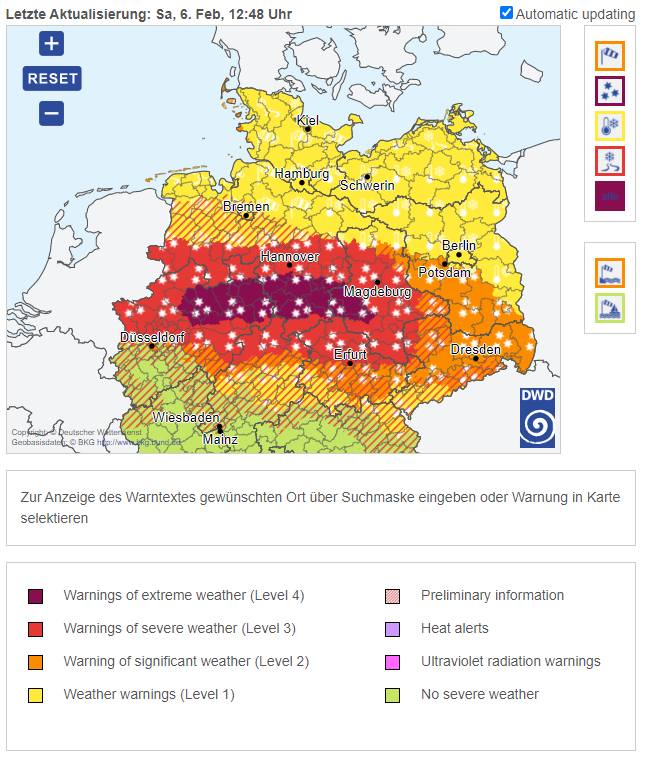 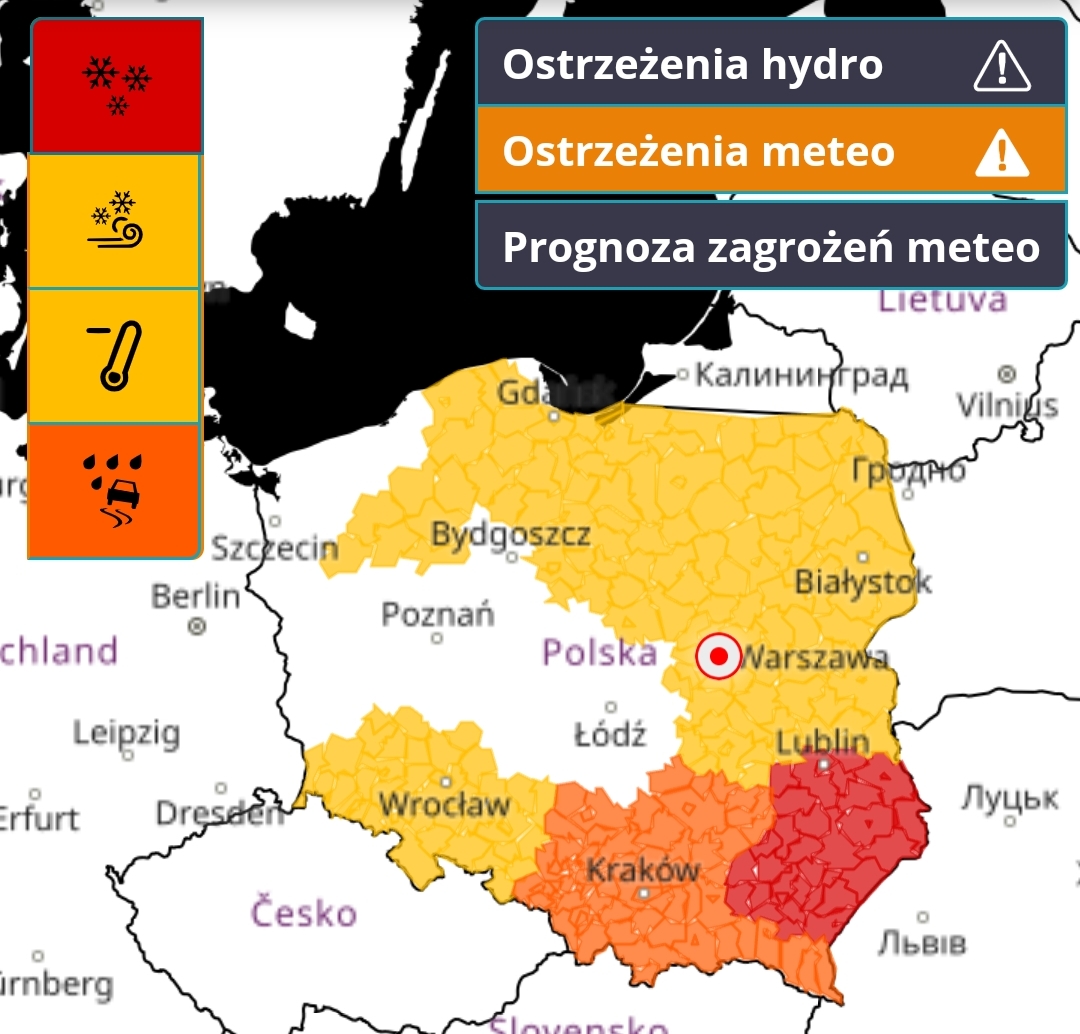 The weather warnings issued in the Netherlands (top), Germany (middle) and Poland (bottom)

Blizzard-like conditions in Germany and the Netherlands

As snowstorm Darcy forms it brings with it life threatening conditions of snowfall, frost, windchill and blizzard like conditions. Besides the factors of wind and snow the system also becomes a windstorm, increasing the danger to life even more. The wind- and snowstorm is expected to strengthen the coming night, bringing with it, snowfall up to 15 cm in large parts of the Netherlands and more than 20cm in large parts of Germany. A Code Red is now in effect for the Netherlands along with Violet Alerts for Germany. The snow is settling at a rapid pace and is forecasted to increase in amounts over the coming 24 hours. Winds picking up at a rapid pace and the storm is only forecasted to strengthen the coming night and then track away over the coming days. The temperatures will keep dropping substantually below zero and blizzard like conditions are happening in large parts of the Netherlands and Germany. Western Belgium is dealing with heavy snowfalls but not as much wind and storm as the rest of Europe is and the UK. The snow accumilates very fast, the windchill makes the temperature feel like it is 20 degrees Celcius below zero and combined with the wind and snow it is a life threatening situation. Stay indoors and seek warmth. 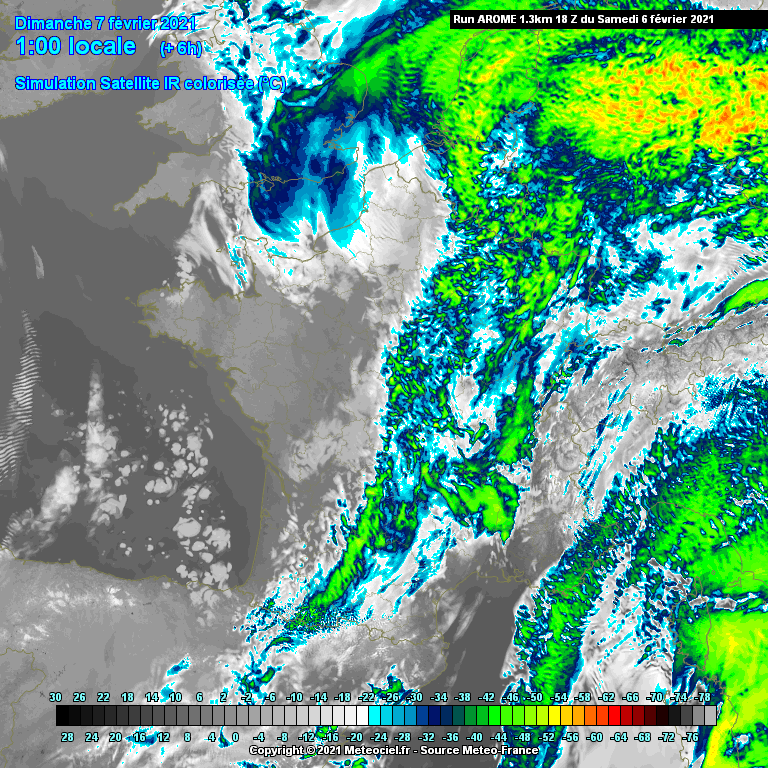 Satellite imagery from KNMI (below) on 22:30, the shape of a classic windstorm becoming clearly visible
Upper image is a simulated infrared run from AROME for storm Darcy

Worsening conditions in Germany and the Netherlands

As an heavy rain zone transforms over Europe conditions take a turn for the worst. In Germany and the Netherlands snowdrift has been reported and snowstorm like conditions. Visibility decreasing at a rapid pace and snowfall settling very fast and things turning for the worst. Temperatures are dropping below zero as the wind picks up. This will cause for blizzard like conditions later on in the coastal parts of the Netherlands. The combination of subzero temperatures, light to moderate snowfall and wind up to Beaufort 8 adds up to a life threatening situation for large parts of Europe. In most of the Neterlands the snow has started to fall at a dangerous pace, the windchill factor is increasing along with the temperatures dropping to 2 degrees Celcius under zero. Snowdune formation is likely over the coming hours and day along with strong windgusts along the westcoast of the Netherlands in the coastal area’s up to 8 Beaufort gusts. The blowig snow is caused by a strong easrerly wind with Force 6 on the Beaufort Scale. The temperatures will be cooling rapidly over the next days. In large parts of Germany a snowstorm is undergoing and the sight is decreasing rapidly. Snow is settling very fast and temperatures are dropping te below 3 degrees Celcius under zero. 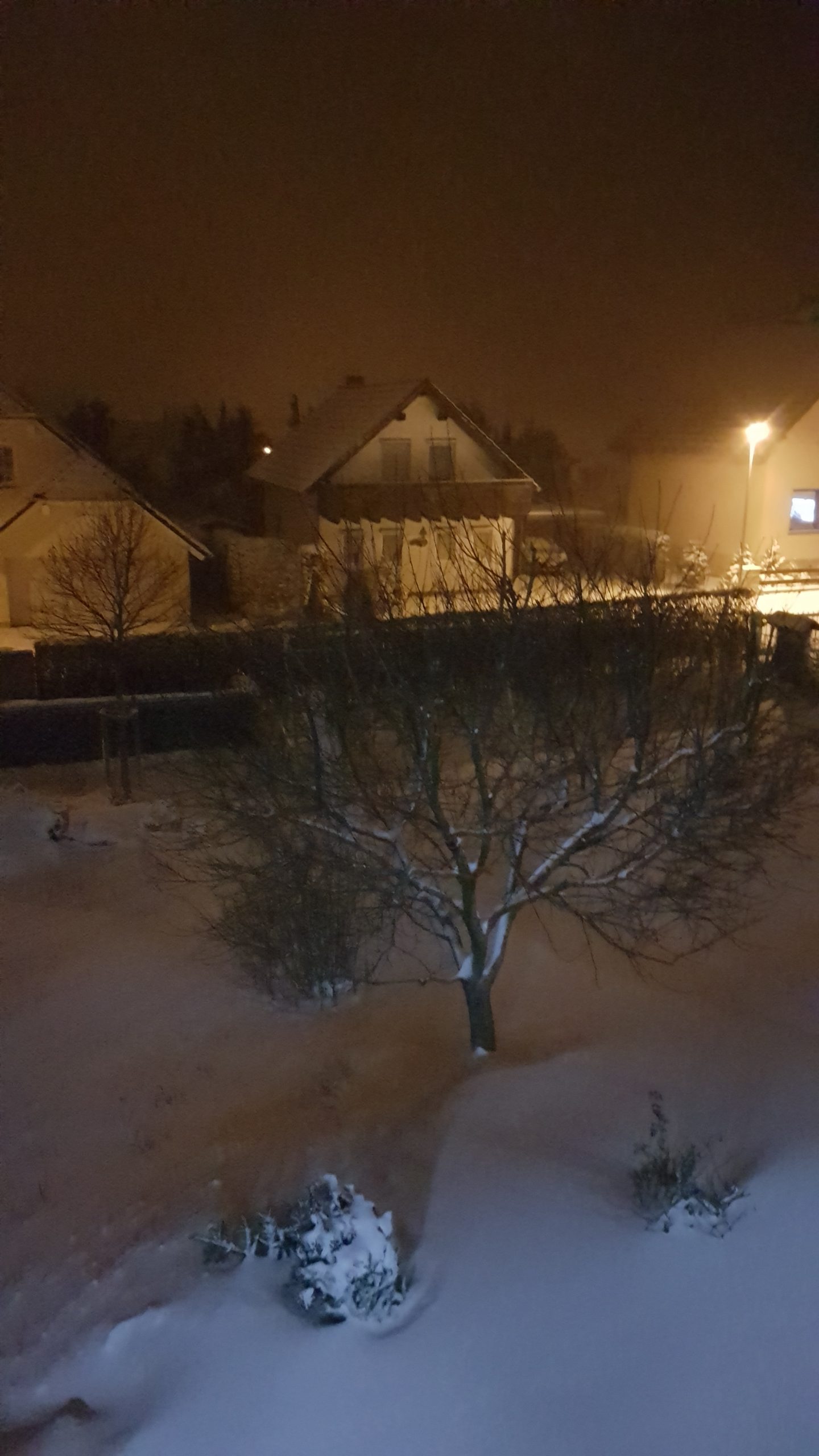 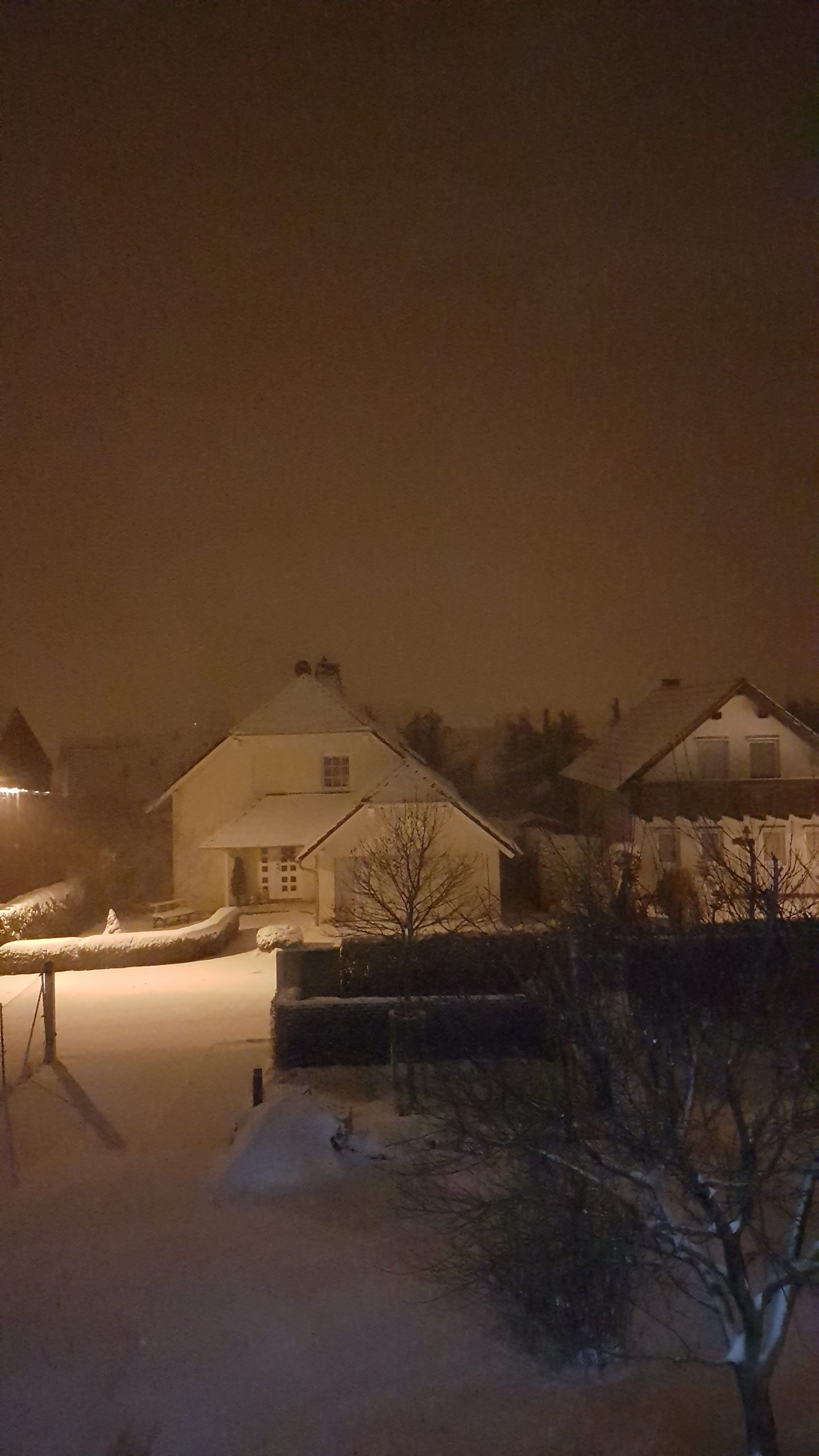 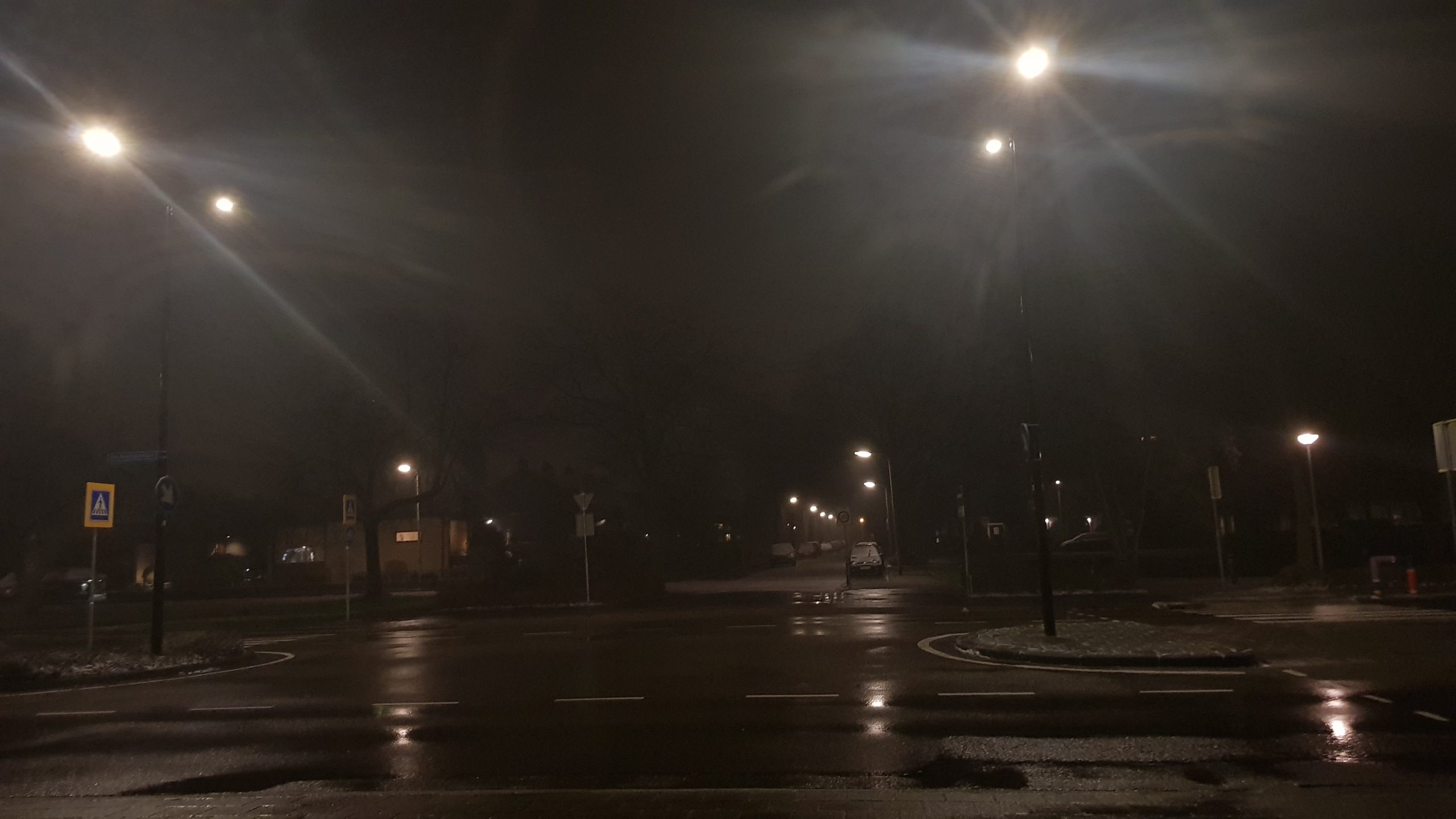