Tropical Storm Seroja has Killed over 100 in Indonesia, Could Impact Australia Later this Week 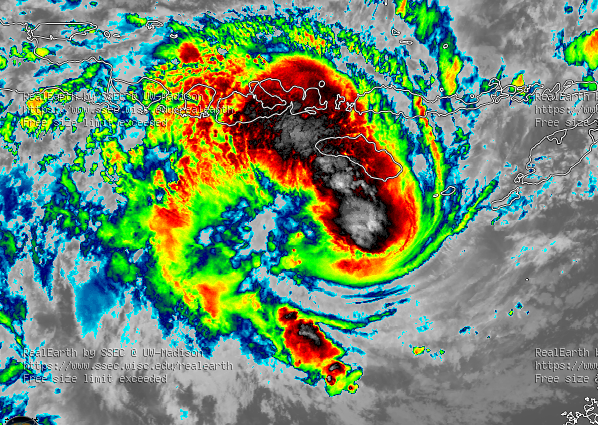 In Indonesia and East Timor

At least 113 people have been killed due to the torrential rainfall caused by Seroja, with landslides, floods, and other disasters contributing to this. Many more are missing, and unfortunately, we expect that the death toll is higher than what has been recorded thus far. Indonesia and East Timor have been hardest hit by the storm. The storm continues to produce heavy rain for this region but is expected to move out of this region by this time tomorrow.

Seroja is expected to strengthen over the next few days as it moves southwest. It will be moving into an extremely favorable environment to strengthen further, and confidence is high up to 2 days out that this storm will do so. After this period uncertainty grows substantially as a result of Tropical Storm 27S, another system to Seroja’s west, interacting with it. The interaction between these two tropical cyclones raises a lot of questions and has thrown weather models for a loop when it comes to the ultimate outcome of this. Here is what we do know, Seroja is favored to be the dominant system in this interaction and will continue to strengthen, with Force Thirteen forecasting this storm to become an extremely powerful Category 4(SSHWS & AU). What we don’t know is how the track of this storm will be influenced by this interaction, with solutions pointing to anything from Seroja impacting south-western Australia as an extratropical cyclone, to it making a Category 3+ landfall in northwestern Australia. This uncertainty makes it very difficult to pinpoint where or how severe impacts will be for the regions that are expected to be affected by Seroja. We will have much more information on the specifics of impacts and timing as we grow closer to landfall, but this far out with a complicated interaction between two storms, uncertainty is just too high to get into specifics.

If you are within the path of this system, from the JTWC, BOM, or F13, it is best to prepare for the worst. There is a possibility that this storm arrives as a Category 3+ cyclone on the doorstep of Western Australia. We will have more information with time on what areas specifically could be impacted by this storm, but for now, if you are anywhere along the west coast of Australia, south of Exmouth, we recommend that you begin preparations now such as stocking up on food, water, and supplies to sustain you through a tropical cyclone.