By: FarhanN
In: Cyclone, Indian Ocean, Uncategorised
With: 1 Comment 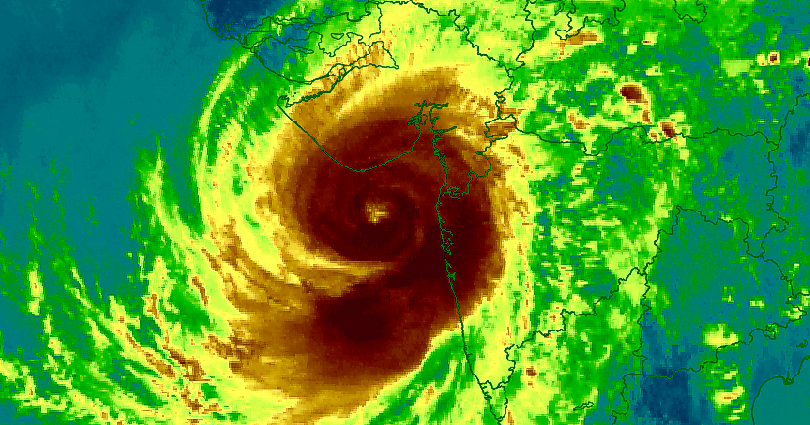 In Goa where the storm has battered its coastal districts for the better part of 2 days, there are reports of widespread damage mostly in the form of homes losing their roofs from either the high winds or falling trees. The falling trees have also resulted in most of the state’s power and water supply being cut off due to them still running above ground despite calls for them to run underground already voiced by local community leaders for years.

Meanwhile, in Gujarat where the storm is forecasted to make landfall in less than 12 hours, the state government has stated that 100,000 people have been evacuated to safer temporary shelters from 655 vulnerable villages in 17 districts. The state government also stated that teams from various departments are now ready to tackle the cyclone’s effects including teams from the National Disaster Response Force (NDRF) and the State Disaster Response Force (SDRF).

The IMD is currently forecasting storm surge heights in areas close to where the storm will make its probable landfall could be as high as 4,6 meters and thus it is prudent for preparations to be completed as soon as possible since the winds and surge of Tauktae will be the highest the state of Gujarat has seen in 23 years.