NOAA in a publication late last week stated that La Niña Conditions have developed, as sea surface temperatures anomalies (SSTAs) across the central and east-central equatorial Pacific on Niño-3.4 and Niño-4 regions were -0.6°C and -0.7°C, respectively. La Niña conditions in the equatorial Pacific are expected to continue with a 87% chance of La Niña in December 2021-February 2022. PAGASA has it that La Niña has developed in the tropical Pacific a day after. 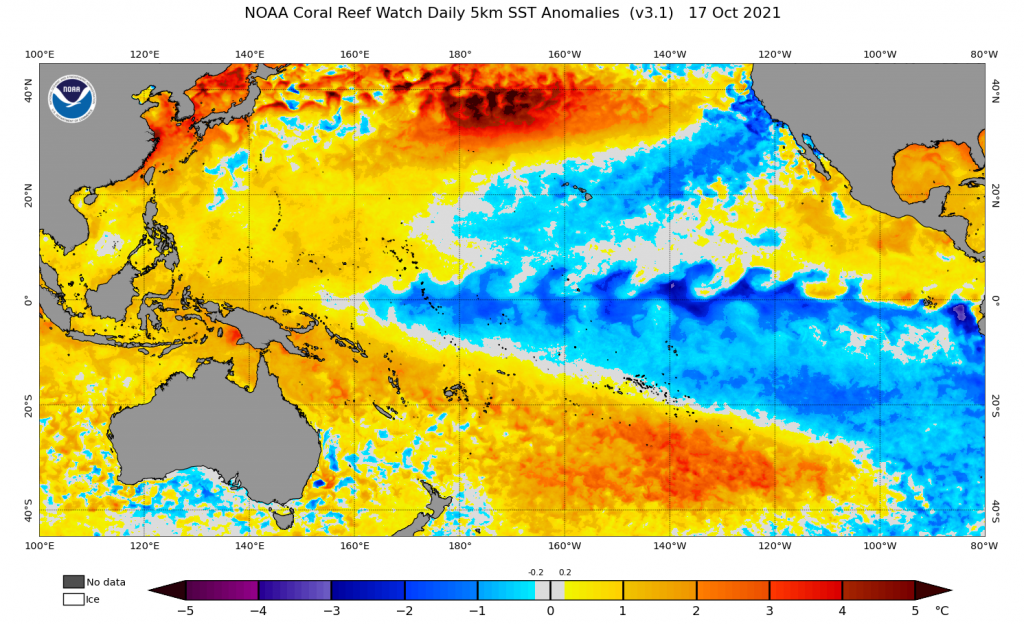 What’s La Niña and how does it happen?
La Niña is the cooling of ocean surface and subsurface in the Central and Eastern tropical Pacific Ocean. La Niña events tend to begin in autumn, mature during winter, spring and early summer, then begin to decay in late summer. Events generally end in the autumn. SST anomalies less than or equal to 0.5°C (0.9°F) in the Niño 3.4 region (comprising portions of Niño regions 3 and 4, from 170°W to 120°W longitude) are indicative of ENSO cool phase (La Niña) conditions.  Niño 3.4 SST anomalies are averaged over the three months ending with the current month, and that value is called the Oceanic Niño Index (ONI).  If the ONI exhibits warm or cool phase conditions for at least five consecutive values, it officially becomes an El Niño or La Niña event.

What are the Effects of La Niña?
Over Australia, parts of Oceania, and portions of South and Southeast Asia have generally above normal rainfall amounts that can cause massive flooding events. It also causes increased tropical activity as La Niña is characterized by lower-than-normal air pressure over the Western Pacific. It also brings heavy rains in the Pacific Northwest and Canada, while bringing drought to the Southern US down to the west coast of South America caused by higher-than-normal air pressure over the Central and Eastern Pacific that causes less tropical activity in these areas.